I was born in William St, Fleur-de-Lys in 1950. My mother Mavis Mason and father Ivor Jones were both from Commercial Street Aberbargoed.
Dad started work in Bargoed Colliery in 1936, after leaving Lewis school Pengam, where his father William Henry Jones and one of his bothers Emlyn (later group manager for NCB) had also worked.
I had both sets of grandparents and two aunties, Muriel and Eunice all living in Commercial Street. My paternal great grandfather George Mason, was one of the business men who built Commercial Street and owned grocery shops in Aberbargoed. I understand that he enjoyed his scotch and card games!
Most weekends we walked up to Aber, to visit the family. Grandad was Percy Mason, a signwriter and engraver as well as a talented artist. There were often coffin lids in his garage workshop when he engraved the plaques. I never dared go in there alone as a small child. My grandma Rose, worked in the St Micheal factory and my sister Gillian went to Bedwellty school.
Dad’s father William Henry Jones after a lifetime mining had dust on his lungs and used to wheeze when sleeping in his chair. He remembered the disaster at Senghenydd and helped to clear up after the event. Grandma, Mary Jane was descended from the James’ of Pontypridd, the composers of Hen Wlad Fy Nhadau, and always had apple tart in the pantry.
My aunt Muriel was the wife of Id Morgan. Uncle Id was a local character who had broken his back in a pit accident as a young man. He’d sit in the front room and chat to passers-by through the open window all day long. I adored him and his incredible spirit despite his invalidity.
Aunty Eunice was a fantastic eccentric lady and always great fun. Her husband Arthur Griffiths was a quiet gentle chap who seemed to be asleep whenever I visited. Eunice once got out of a train at Pengam station on the wrong side and hit the tracks after a good fall. Typical Eunice.
Dad was the youngest of eleven and other aunts and uncles lived in the area and some in Blackwood. I would spend school holidays with them as Mum worked in Risca.
My pals and I would play on the tips, sliding down on bits of old conveyer belt and throwing stones at the buckets of waste on the bucket-way. I loved my days in Aber and never noticed the grime and dirt of the times.
In 1961 after a term at New Tredegar Tech, Dad, by then a mechanical engineer, moved to a job in the Neath area collieries and my halcyon days in Aber and “flower” were over.
Precious days. 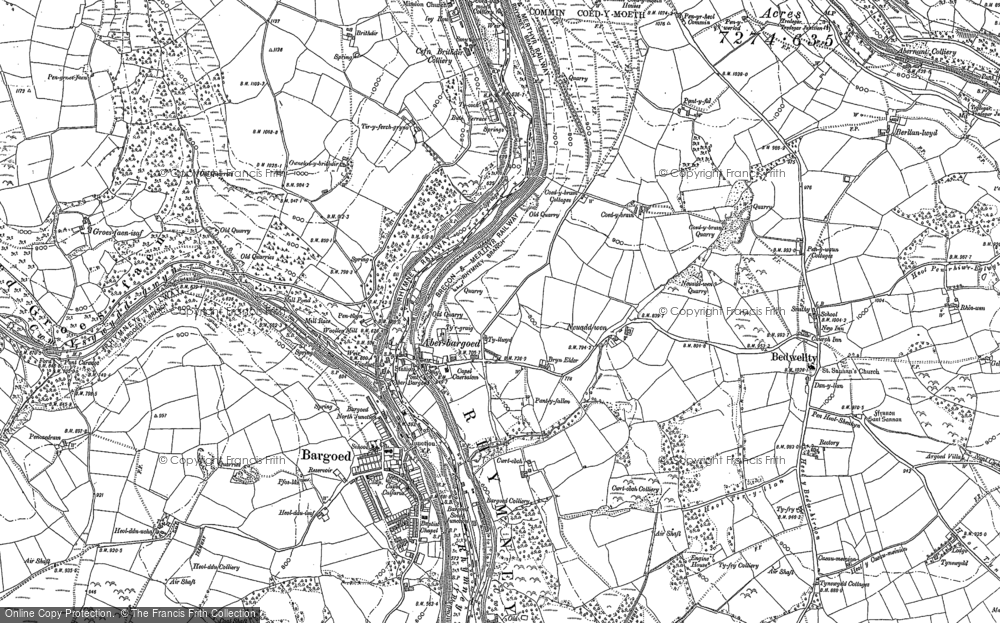