Abergarw Estate Or The Hostels

My name is David Strutt and I moved with my parents to 5 Heol yr Ynys when I was only 6 months old, in 1941, having been bombed out in London. I have often wondered what happened to folk that lived there. We seemed to know lots of people. I remember Jimmy Sadd, Billy Ward who lived at Riverside, Mervyn Priddle, Mary Glasson who married Bob Ford (they had the grocer's shop), Joan Goodman, Cedric Harris, David Sylvester (who played the drum in the jazz band), Michael Hunt, Mike Evans (who we met later in 1971 when we lived at Llangynwyd), Ann Davis (who lived next door to the fish and chip shop). I remember building the dam in the river, and we used to play in the old brewery, also walkng alongside the railway line to the Kinder. We would sit on the big pipe going over the railway line and wait for the trains. One act in the pantomime was Wishy-Washy, played by Dai Lewis, with Harry White and another who I can't remember, they played 3 naughty boys in a school scene. My mother, Alice Strutt, helped put on the pantomimes. My father, Tom Strutt, was one of the founder members of the cricket team. I remember the beds at the nursery, and also massive bonfires on the green. We were mischievous in that we would bring the horses off the common and run them through the estate, also undo the nuts on the policeman's bike so it fell apart when he picked it up. We called him Sgt Barrel, and he would take it all in good part. I had a belt across the backside from him once for taking the horses, and then he said, "go and tell your Dad." I was afraid of another belting from my Dad! We picked up all the old beer bottles on the Estate and took them to the pub to get the pennies back on them. I remember Joan Goodman's father and brothers coming home in army uniform (complete with guns), walking through the Estate to their house behind the hall. The Vine's and the Plowman's also lived behind the hall. I have been back to look at the old place several times. It is good to know other people have such good memories as I do. It would be nice to keep in touch if possible.

This memory is written about Abergarw, the Bridge 1938 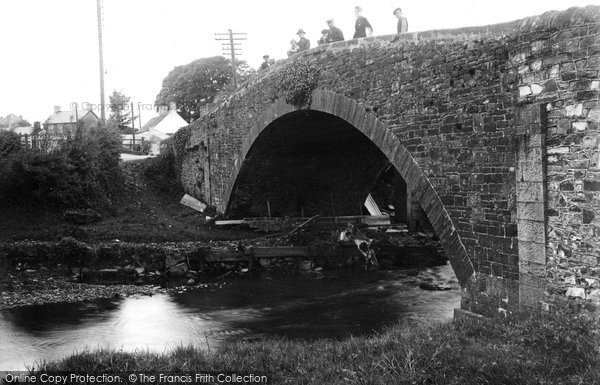 Hello David, glad to see I was the first name on your comments, yes its Jimmy Sadd, yes we had wonderful,wonderful times at the hostels with Mr Hart and his magic lantern, also the first car at the hostels, that had to be bump started everytime, it would be great to catch up at sometime and relive some of these childhood memories .
By suesadd on Mon May 18th 2015, at 9:44 pm
Contact User
Report
hi jimmy sorry for not getting back, I now live in Norfolk.from the hostels went to live in Suffolk married then lived in Maesteg,moved to Herefordshire lived on an estate working for a Lord.now living in Norfolk.
Yes we had some good times and were a lot freer than the kids of today.
Did you now Andy Comer, i met his wife not so long ago, Andy died a couple of years ago, they new os friends of owers.
Do you have an email address as i find it easyer to keep in touch .
What have you been up to.Regards David
By David Strutt on Tue Jul 14th 2015, at 11:28 pm
Contact User
Report