Accrington As I Recall - a Memory of Accrington.

We moved to Accrington fom Whalley 10th December 1941. I remember it because Syd Ashmeed and his band was broadcasting that day and Ronnie Brooks was the drummer and I wanted to listen to the broadcast but as we were moving I missed it. I started work at Howard & Bulloughs in April 1941 as an apprentice mechanic in the milling room, but after a year I asked for a transfer to the tool room. George Crawshaw was the foreman. I was in Bulloughs Home Guard and did our guard duty in Fountain St. We lived in Buxton St and one Saturday night a shop window was broken on Charter St, I believe that happened for three Saturday nights, when they caught the culprit he said 'that he liked the sound of tinkling glass'. We used to go dancing on Saturday night up the Con, sometimes to Madam Buts, then when Bulloughs opened the Social Club we went there, that is where I met my wife. A friend of mine, Joe Chappel, was a very good pianist but couldn't read music, he had a good ear for it and he performed many times in the Princess Theatre on Sunday nights when Bulloughs used to put on shows. My friends were a little older than me and we used to go to what we knew as the little boys pub (I believe it was the Hynburn Inn), we were all underaged, I remember going dancing in the Catholic Church Hall a few times on a Sunday night and the Catholic Monsiegnor stood in the middle of the dance floor so we had to dance round him. We used to go to the pictures and saw a picture, news reel, cartoon, and the big picture for 1 shilling & 6 pence. The Hippodrome had live shows and I believe there were 6 Cinemas in Accrington, Kings Hall, Palace, Empire, Princess, Regal, & the Ritz. We enjoyed Oakhill Park on a Sunday afternoon or walking up to the Shoulder of Mutton and around the 5 arches. Another enjoyable walk was up the Coppice. Although the war was on we made the best of it and had good times. When I was 21, having completed my apprenticeship, I became a tool maker and started to earn journeymans pay. I was conscripted and joined the REME in June 1946. After I came out of the Army we moved to North East Yorkshire. We came to Canada in 1957 but my wife having sisters in Accrington we have been back many times. I enjoyed working at H&B and I have looked for pictures of it but have not found any and I believe that a lot of it has been demolished 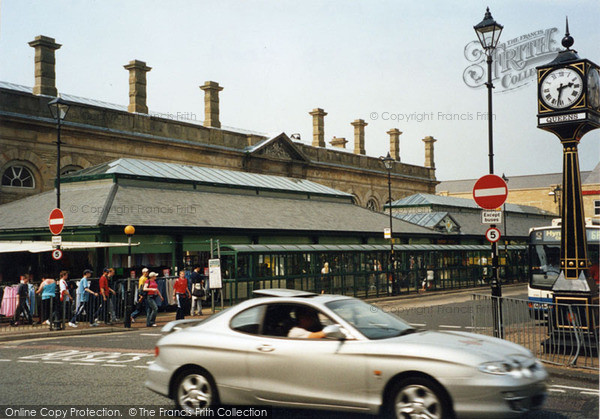