A Memory of Addiscombe.

Yes, I remember the Club House - I seem to recall we went there after the Primary school and before the Junior School but I could be wrong! I remember the playground there and going home from school across the old golf course which still had the hillocks and sandy bits! I lived in Chaucer Green so not far to walk! I went back to the Junior/Primary school on summer fete day 4 years ago and it looked exactly the same. It still had the area round the back where we used to do high jump, and the same doors and windows. I hated the outside toilets but they have gone now! I went to Ashburton Secondary school after that. I always think of Addiscombe as my home even though I live in Banstead now. I am very nostalgic about it. I wish I could find a photo of the Club House too!

This memory is written about Addiscombe, Shirley Road, the Parade c1965 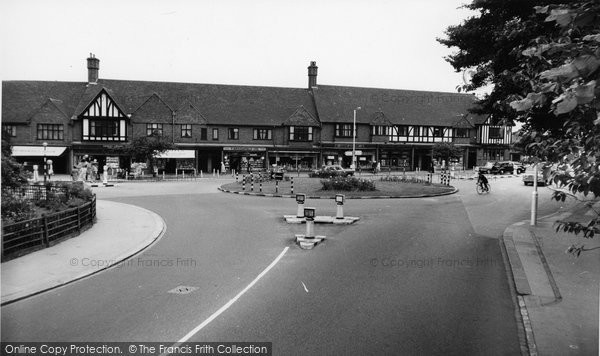 I remember it well - must have been there in the early fifties. I think you are right in that you went there for a year between primary and junior school. Lovely old house (ex golf club?) and still recall the time spent in it - though not too many memories of learning! Given that it was not a typical school building it had open fires and you could warm the milk up in front of the open fire and drink it when we came back from assembly! Had lots of friends in Chaucer Green and the other roads on the council estate as we lived in Lower Addiscombe Road opposite the gates of Asburton Park. I recall spending many hours playing around those bumps and sand hills and the open space that went all the way down towards the Glade. Went to Ashburton Secondary School but left the area when I was 21 to work in Singapore. Still have fond memories of Addiscombe. Live in Bramley (near Guildford) - a village so different now from Asburton.
Barry Teideman