When we moved from Wales I lived at the fairly extensive Sayes Court Farm caravan park off Liberty Hall Lane, before we settled in Addlestone Park Ave (defined by the statues of knights at the top). At 15, I went to work at Vickers Armstrong - now BAE. After attending their secretarial school I was placed in the sub-contracts dept. I loved to see all the logos of the Airlines of the World being ordered. I loved too cycling round the old Brooklands track when the short cut across the runway was closed for the Viscounts, Vanguards and Valiants to take off on their trial flights. My pay was £2.10s, so the luncheon vouchers were a great help. Nylon stockings were 5s and laddered easily, the dry cleaners opposite Woolworths offered a welcome invisible repair service at 6p a ladder. Next door was a newsagent/tobacconist which sold bars of Suchard's chocolate - an occasional extravagance in post ration days. After a couple of years I moved to work at Rival Lamps, as a receptionist where my pay was a healthy £4. Mr Anthony and his brother Philip (I think) were the directors, kindly courteous men, who both drove beautiful Armstrong Siddley cars which sported sphinx mascots. I was a founder member of 1st St Paul's Guide Company; started by Janet Walker an ex WRAF neighbour at Sayes Court, and was privileged to carry the Company's flag at the consecration of Guildford Cathedral. Eventually I became lieutenant until I left to become a student nurse at Queen Mary's Hospital for Sick Children in Carshalton. Does anyone remember the roller skating club somewhere below to railway station, a great place for flirting and exchanging messages with 'love heart' sweets. I spent many hours of my spare time on the canal at New Haw paddling along in a leaky old canvas canoe with friends - Jean Thomas and memorably the Stent Brothers, Clive and Christopher, who emigrated with their family to Australia. The library and the park, where we played tennis, were favorite places too. The old Exchange and Mart shop down near the railway was great for a browse - I bought my first camera there - an old expanding Kodak Brownie for 10s. My Raleigh bike was bought at so much a week from the busy cycle sales and repair shop nearby. We cycled a lot! Exploring Weybridge, Ottershaw, New Haw and Chertsey; especially the local churches (which always seemed to be open) and as far away as Virginia Waters, Frencham Ponds and the Fair Oakes airfield which was Chobham direction. What opportunities and freedom we had. 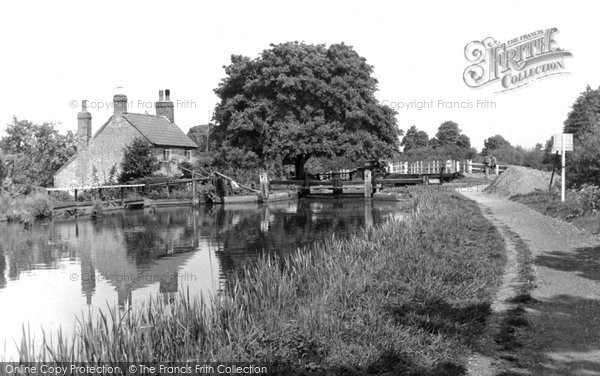