I was brought up in the white cottage mid-left, by the roadside, by my grandparents.
The Crown Inn at the middle of the picture in the distance was run by Jim and Winnie Tuer, and I was friends with their daughter Ruth. The white cottage on the right was the shop, and later also became the post office.  The original one was in the white cottage to the left and was run by Mrs Rowlands until her death.
I think this photo was taken about 1955, as council houses were built about then in the field near the pub, and they are not in the picture. The village school was on the right past the pub, and when I attended, pupils were taught with the aid of a radio, by Mrs Glaister and later with Miss Jopson too, who taught the younger children.
At the side of my grandparents' cottage there was a tap, where some villagers had to collect their water in buckets as they had no water in their houses. The old well was still there, on the village green to the right. Until the water was piped in, everyone had to use that.
My grandparents had a lodger called Sidney Elijah Durrant, who died in the early 1960s aged over 90; he lost his wife and all four of his children during the 1918 flu epidemic.
The school has been a house for years, and the playground is a garden.  There is no pub now, no shop, no post office, but when when I lived there nearly 60 years ago, there was no electricity and no bathrooms, except the pub! No washer, fridge, telly, computer games, but we always found something to do and lovely walks to take, and there was no vandalism because the policeman lived down the road, and would give you a clip round the ear if you got up to mischief. I loved this place, but can't go back as the houses now are hugely overpriced, but I will never forget Ainstable.

This memory is written about Ainstable, the Road Ends c1949 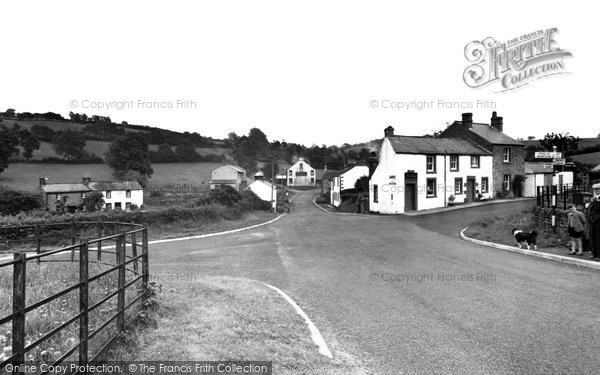