Living In The Butcher's Shop - a Memory of Albury.

Just on the right up a slight hill and only just visible is the butcher's shop. It was part of the Albury Estate but a new butcher could not be found so it was sold out of the estate and my father, Kenneth Parker, bought it. He redesigned the interior, renaming it 'Whitecroft' after the name on an old map indicating the owner of the field upon which it was built and lived in it for about 15 years. There was a slaughterhouse in the garden. People would ring for many months after we moved in to order joints of meat. I caught the bus to school in Guildford each day; there were 2 bus companies in those days. The owner of the garage opposite had a pair of Basset hounds called Austin and Morris, appropriately! On the right of the garage is the Post Office which had a good selection of sweets as I remember. On the left of the garage lived Mrs Boxall, a lovely old lady whom my mother used to shop for and visit. Next to our house was the baker from whom we all bought fresh bread which was baked on the premises several times a day and was delicious. 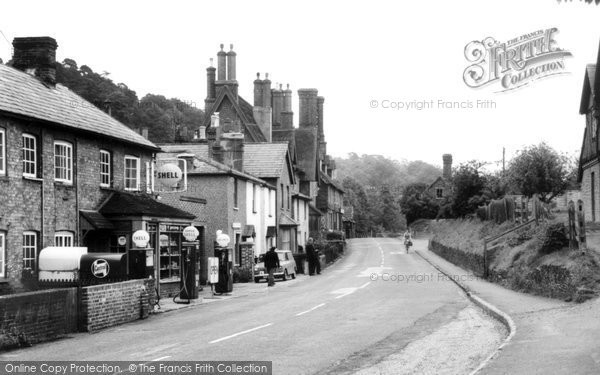