Fred Gazey - a Memory of Alcester.

I wonder if any older people remember my gt uncle, Fred Gazey. He used to live at Keeper's Cottage at the top of Primrose Hill. He was killed in the late 1960's when an unknown well in the house collapsed and he drowned. I spent many happy hours up at the small holding in 1950's and 60's and adored my uncle. His wife, Ethel, died in 1951 and as they had married late in life had no children of their own. He only ever left Oversley to ride his bike to Stratford Market or on Christmas Eve. Then he rode his bike to Redditch to visit his two sisters, Nell and Jinny, and his brother Joe. He stayed all Christmas Day and we used to have a big family party laid on by the gt aunts on Christmas night. Next day Fred was up at 5.00am to ride home to his sheep, chickens, geese and turkeys. He was a lovely chap and I still miss him, even though I am a pensioner myself now. Those were the days!

Thu Sep 28th 2017, at 9:54 pm
pinfold commented:
I lived in Oversley Green on Primrose Lane between 1961 and 1970 and remember Fred Gazey who was regarded as a bit of an eccentric locally. His sheep and geese roamed far and wide as well as in his kitchen. His sudden death was a major source of gossip for quite a while.
At university in London in 1974 I met a fellow student whose parents had bought the cottage and converted it into a luxurious country home. He did not seem aware of Fred’s demise and I am sure went home at Christmas checking the floor very carefully.
Happy days.
Add your comment
Report abuse 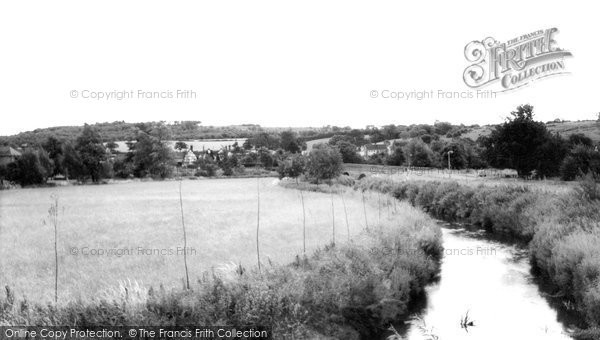