I lived in Alderley Edge as a child between 1947 and 1955. I remember going for walks on the Edge, and being told about a legend that Merlin and King Arthur and his knights were sleeping inside a cave there, waiting to be summoned to help if England needed them. There were some sand hills, on the top of the Edge I think, perhaps a result of mining there, and I remember sliding down them.

My grandparents lived at The Elms, Brook Lane, Alderley Edge. I was born at Row of Trees in 1947. My parents were living then at Bollin Green, but later moved to a new home at Beech Road. My father was a signwriter by trade, and I have a recollection of him pointing out an inn sign (The Wizard perhaps?) and saying that he had painted it. I was fascinated by his brushes, and by the stick with a ball of chamois leather on the end that he used to avoid smudging his work - but I was not allowed to touch any of them.

I was born just after the Second World War, and things were still scarce when I was a child. My mother would save brown paper and string to re-use them, and she would use butter or margarine wrappers to grease baking tins. She would also buy clothes in jumble sales to cut down to sew new clothes for me. I remember ration books too, although I don't remember them being used.

My father was very keen gardener, and I have fond memories of the garden at Beech Road, and of the allotment where he would grow vegetables. Sadly, my mother was killed in an accident when I was seven years old, and I left Alderley to go to live with an aunt. I was sad to leave my friends at Alderley County Primary School, and Miss Gibson, my teacher. My favorite time at school was when we all sat on the floor to listen to Milly Molly Mandy stories! 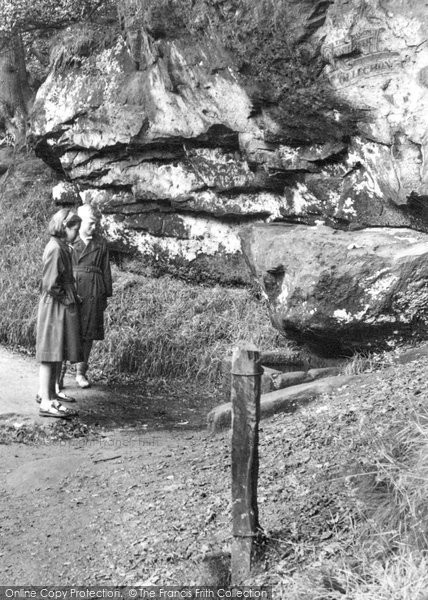