My Memories Of Burnt House Farm Alfriston Circa 1938 - a Memory of Alfriston.

I remember being taken down to Alfriston in the 1930s before the Second World War. My great-aunt and great-uncle, Polly and Arthur Newell, had a smallholding on the downs, about half a mile from the village, where they kept chickens and ducks, and a few sheep. My mother told me that Aunty Polly helped a cousin, Jack Butland, to buy the farm, where he lived for many years with his wife, and children - but more details I cannot recall, as I was very young, and not long after, the Second World War started. Aunty Polly and Uncle Arthur had their property 'taken over' by the War Office and I understand Canadian soldiers were billeted there. After the war the property was an absolute ruin, and my uncle and aunt went to live in Eastbourne, in a Victorian house in Ceylon Place.
Many memories stay with me of our visits to Alfriston, where my young brother and I spent many many happy hours. 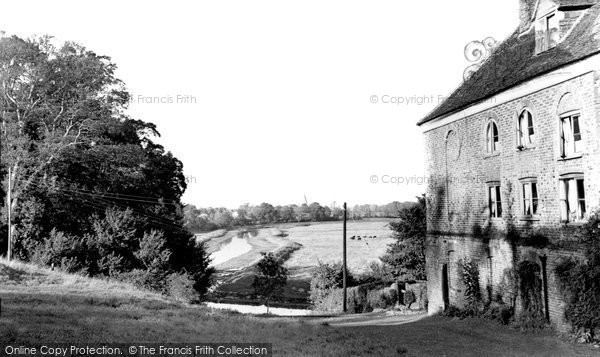