Our Home For 30+ Years - a Memory of Allenheads.

Mam and Dad, Lizzie and Edwin Ridley, moved into Slaghill (the cottage on the right of the picture) in 1948 when I was 3 years old. Dad died there in December 1978 and Mam moved up to Chapel Cottages soon afterwards. There were 3 of us children living there originally - Margaret, Yvonne and myself. My 2 elder brothers Lloyd and Norman had already left for the Army. Maurice came along in 1950 by which time my sisters had gone to Brownrigg Camp school in Bellingham.

There was no water or electricity in the house until 1961, water came in a bucket from the iron spring on the other side of the road and the light from a parafin lamp, later, a tilley lamp. We had a coal fire in the living room which Dad lit every morning before setting off to the limestone quarry behind the house where he worked as a shot-blaster. We also had a fireplace in the big bedroom upstairs which was lit only in deepest winter. The coalhouse was part of the outhouses which consisted of a loft, where logs were stored, the coalhouse, which also contained a goat house was beneath that and the lavatory was around the corner from there....not a place you'd want to go to on a winter's night.

There was a "boiler" in the far-back kitchen. On wash days Mam would travel back and forwards to the well for buckets of water to fill the boiler. Then she would light the fire underneath the boiler to heat the water. The clothes were washed in a "poss-tub" with a poss stick, rinsed and then mangled through the wringer before the advent of electricity!

As well as a garden full of potatoes, carrots and sweet juicy white turnips, Dad kept 2 goats, a Billy and a Nanny. We were all brought up on goat's milk and plenty of fresh eggs from the few Rhode Island Red hens. We kept a pig, for slaughter each year. Aunt Mary used to come down from Chapel Cottages to help with the "pig-killing", cutting the hams and making the sausages. I used to hide under the bed on those days, I didn't want any part of it.

Mam used to take us out picking mushrooms in the early mornings in the field by the lime Kiln, she taught us how to "tickle" trout in the burn behind the house, taking them home to fry up for tea. She showed us how to dye easter-eggs by wrapping them in onion peel and making them into parcels with newspaper before boiling them. We'd pick different coloured flowers to tuck under the peel to make them pretty. She used to take us Carol singing down the village at Christmas and walking up the Slaghill in the dark nights used to teach us the constellations - the Plough, Orion's Belt and the Milky Way stretching over the whole sky - no light pollution in those days!

There may not have been much money around the house, no mod-cons and very few of life's little luxuries as understood today but I spent a very happy childhood at Slaghill. These are just a few of my happy memories of Allenheads. 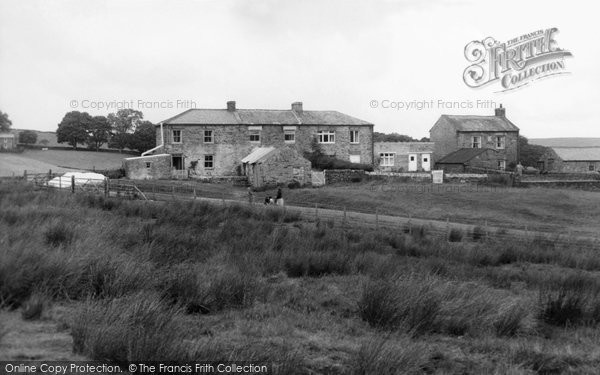