I spent a lot of my teenage years in "The Cottage" as it was known in the family with my Aunt Ella (Jenkins). Her Father in Law was Sir Thomas Jenkins OBE, Mayor of Burton 1910.
Shortcuts through the Church, The Crown bowling green next door giving acces to the canal - used to drag my canoe through to the rage of the bowlers ... was rethatched in about 61, I think, by Carl Bull a thatcher of note. Him and his wife worked as a team, him up top and Mrs Bull pitchforking the stooks up to him. He told me he did Anne Hathaways Cottage in Stratford - and I believed him - he was a Craftsman .... could go on for ever really. 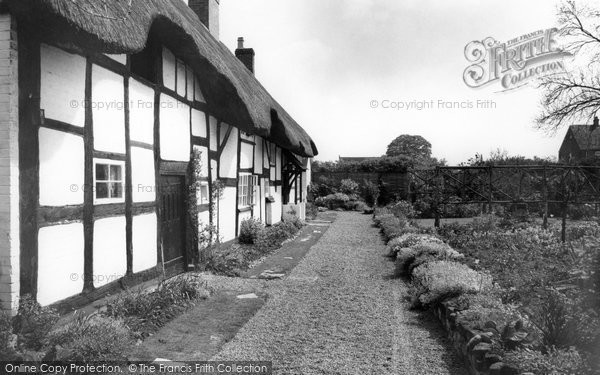