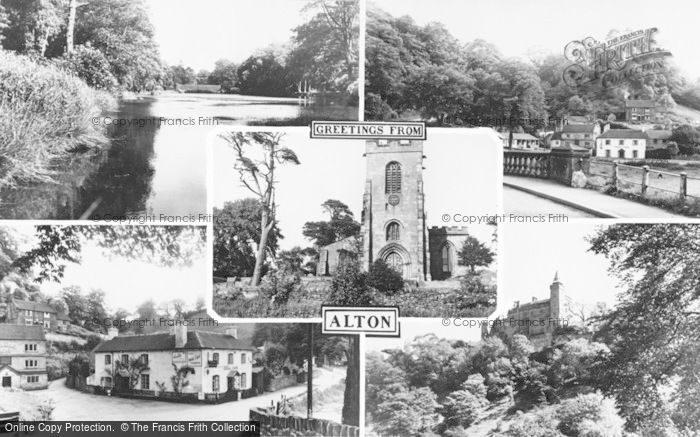 As soon as we moved to the village we became members of St. Peter's church and attended most Sundays. Mr. Powell was the vicar. I remember seeing the 8 bells outside the church before they were hoisted into the tower. After Mr. Powell left my dad used to read one of the lessons most Sundays when the lay reader Peter Fisher took the services. Mr. Vincent became vicar after Mr. Powell.

A quite recent memory but I visited in 2003 thanks to the kindness of my relative Josephine Dixon [dec.]. We are both related to the Byatt and Collis families from Alton. It was great to see where our family lived and worked, including the White Hart Inn [owned by George Collis and Susannah Clewley mid 1800s] and a (...Read full memory)

This was always a special landmark to me. It fascinated me and I was very curious abou it and longed to look inside. I must have passed it most days whilst living in the village. The houses nearby were on the edge of an old quarry and I believe their back doors opened onto the quarry.

Mrs Worthington ran the shop and cafe. She sold some interesting bits and pieces besides sweets and ice cream. In the background is the pub run by the Parringtons. We often walked from home down to the cafe and treated ourselves to an ice cream in the summer. There were lots of walks around the area and so the cafe was popular with visitors.

Share it:
Back to Alton
Back to all Alton Photos