Railway Street - a Memory of Altrincham.

I lived above the shop at 18 Railway St., which is visible just past the lamp post, from 1952 to 1961. At that time it was a branch of MacFisheries, where my father was the manager. Next to it looking down the road was Brookes & Wilkinsons' Tripe Shop & next to this on the corner of Railway St. & Regent Road was Wilsons' Bon Marche, all these shops have now been converted into one large jewellers. The large building in the background on the left hand side is the Stamford public house, now sadly demolished. The one on the other side with the triangular apex was a branch of Martins' Bank, still there, but now Barclays. The shops on the right with the blinds, a feature still used well into the 1950s, are all due to be knocked down shortly. Apart from a tower block, where the pub was, the scene has hardly changed in 100 years. 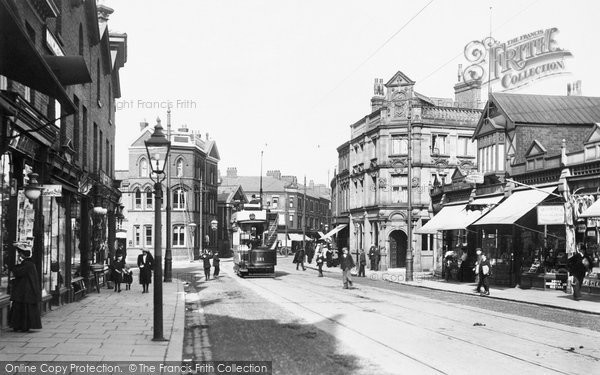