The Green Wayside Cottages - a Memory of Bisham.

My paternal grandmother, Kate Paine Whitbourn, was born in these cottages in 1896.  Her father was the head carpenter at Bisham Abbey. The Paine family had lived in Bisham for several generations. When I was little, Gran and I would visit the kirk and 'water' her grandad.  He was a great cricketer. We would stop at the monument, the war memorial, to read the names of Charles Paine and Guy and Berkeley Paget (Vansittart Neale). When Kate married after the Great War, she went to live in Eastbourne, Sussex, but returned to' The Green' with her children in W.W.II in search of safety.  She never left again. Uncle Harry, Kate's older brother, lived at the other end of the row and he was a beekeeper.  Uncle Curly, Aunty Nan, and Aunty May lived in the village, and so did Kate's second son, David, his wife Frances and my cousins Fred, Bernie, and Wendy.  The Paines have disappeared from Bisham now, as have the Vansittart Neales whom they served.  You will only find them in the churchyard, or bearing other names, scattered in the wide world.  My grandfather, Frederick Whitbourn, told me that he really meant to leave Bisham after the war but he never could.  Perhaps it was the 'magic' of the place that held him, just as it draws me back to remember.

When I was little, my father always stopped the car
At the top of Bisham Hill,
One of the old, chalk Chilterns.
Out we climbed,
My feet scrambling to the middle rung
Of the farmer's fence.
Stretching below us
Fields of golden corn,
The river, a silver ribbon, distant,
And behind us on the hills,
Shadowing, towering beech.
"Look," he would say. "Feel how beautiful."
I could not really feel, at five,
But he would swing me up, laughing,
Pointing out cows and crops.
He was tall and strong and fair,
And he taught me what was beautiful
Over and over,
Until I knew.

Tue Jul 17th 2018, at 10:57 pm
sheila commented:
Hi susanne, I would really like to talk to you about this memory.
please contact me.
Sheila

Add your comment
Report abuse
Sat Oct 28th 2017, at 12:54 pm
sheila commented:
I am trying to pull together material for a small exhibition on Bisham in the Marlow Museum in 2018, please contact me if you have memories like this that I could use.
Susanne I will send you a message.
Sheila@bisham.co.uk 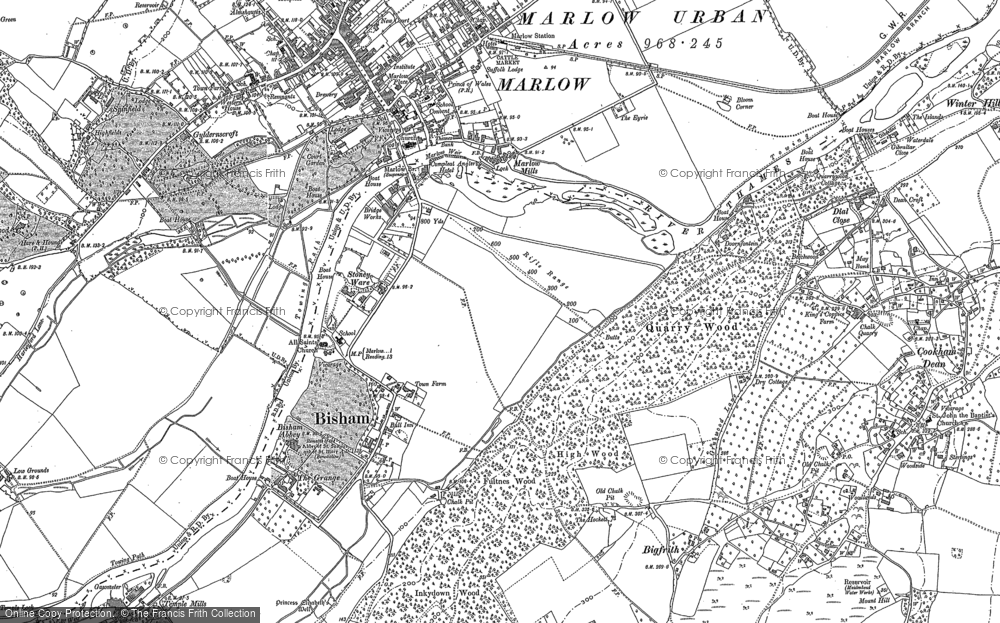