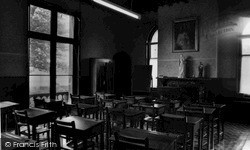 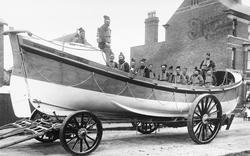 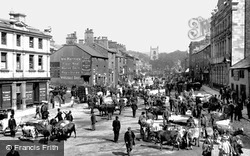 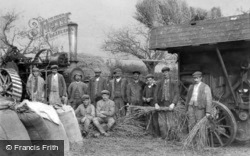 We proudly showcase a special selection of images from The Francis Frith Collection of lifeboats and the brave men and women who risk their lives to go to the aid of those in danger on the sea. Here are some of their faces from the past, and also the tales behind some of the memorials that stand around the British coast commemorating the courage of those who lost their lives whilst trying to save others. 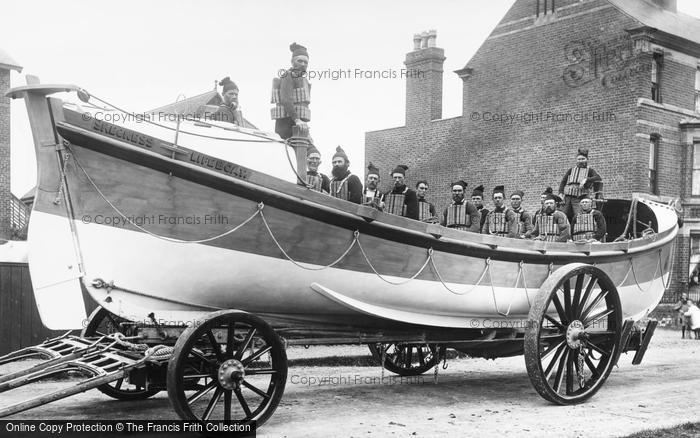 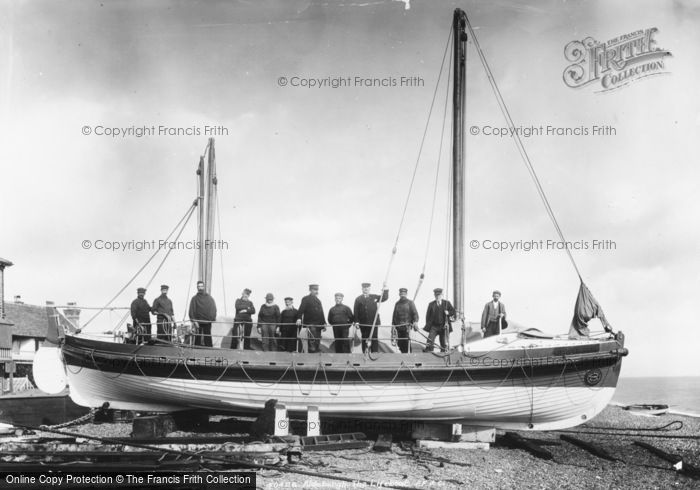 Four years before this photograph was taken in 1903, an Aldeburgh lifeboat suffered a great disaster, capsizing with the loss of seven lives. Here coxswain James Cable and his men proudly show off ‘The City of Winchester’, presented by that city as a replacement for the lifeboat so tragically lost a few years before. This boat served until 1928 and saved forty lives. 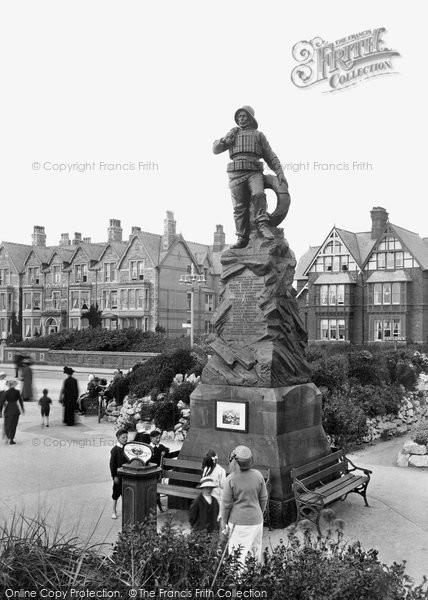 The Lifeboatmen’s Memorial that stands on the promenade at St Annes in Lancashire commemorates the worst disaster in the history of the RNLI, when a total of 27 lifeboat crew lost their lives on a stormy night in 1886. The memorial is a likeness of the coxswain of the local lifeboat from St Annes who died along with the rest of his crew (13 men in all) while trying to rescue the crew of the barque ‘Mexico’. Lifeboats from Southport and Lytham were also called out to help the stricken vessel. The Southport lifeboat and most of its crew were also lost, but the sailors on the ‘Mexico’ were saved by the Lytham lifeboat. After the Lytham lifeboatmen had rescued the captain and crew of the ‘Mexico’ they courageously searched for the missing St Annes lifeboat, but to no avail. 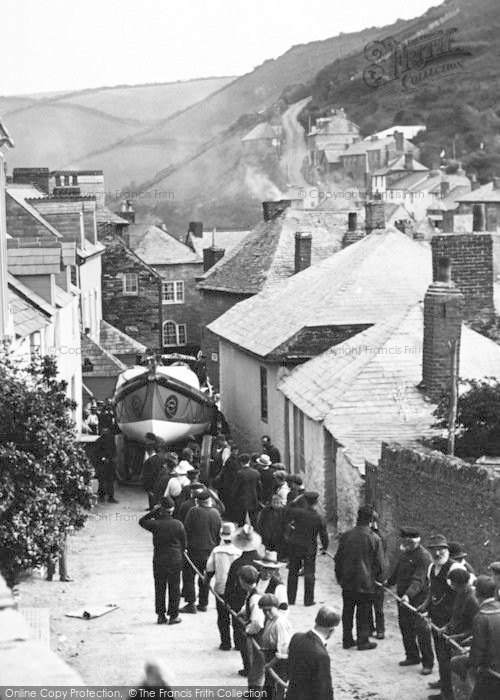 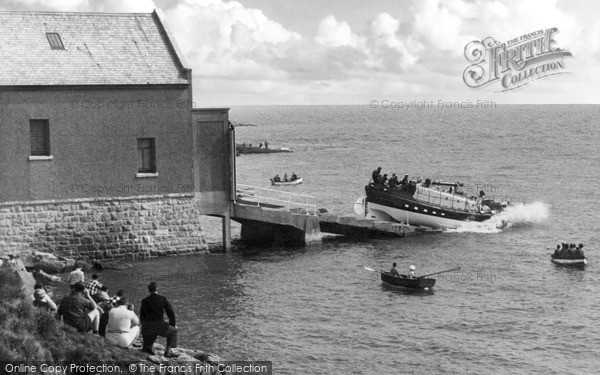 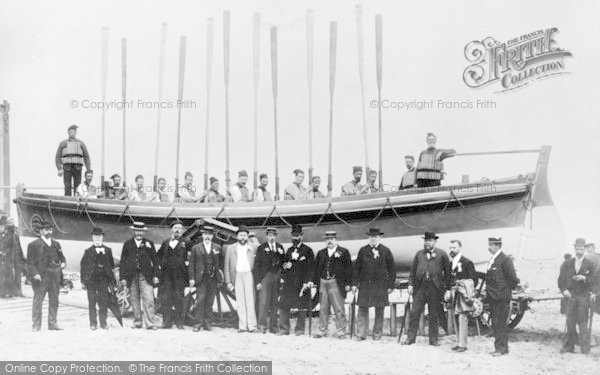 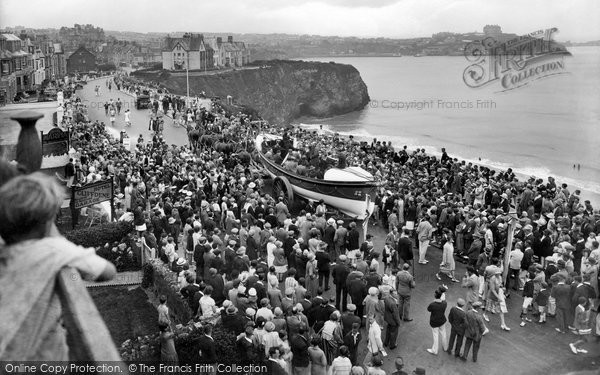 This photograph of Newquay in Cornwall was taken on Lifeboat Day in 1928, a fund-raising event which saw thousands of trippers arrive in the town to enjoy the day. Here we see the ‘Admiral Sir George Beck’ being towed along Narrowcliff by horses. This lifeboat was stationed at Newquay from 1921 to 1935; it had ten oars and sails, and was last launched in 1934. 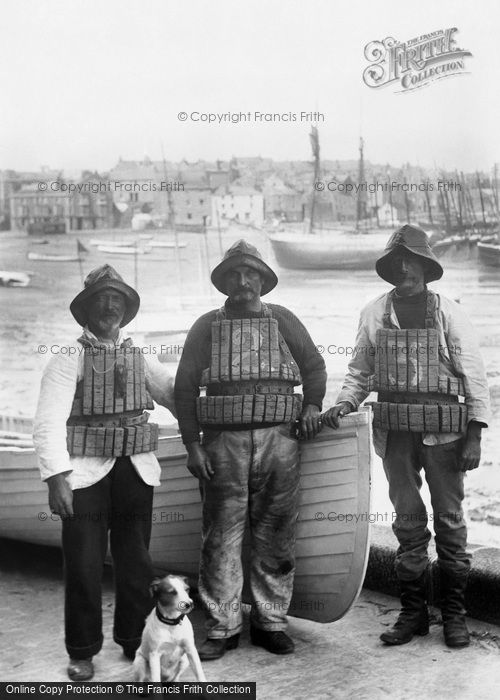 The lifeboat house is near St Ia's church. The town was given its first lifeboat in 1839. The crews, usually local fishermen, were courageous but held the sea in great respect. Often, having themselves resolved to sit out the bad weather on dry land, they were obliged to venture out to rescue others less prudent. 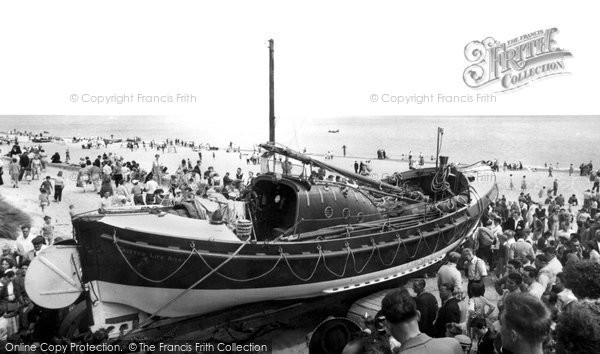 Once a strategic Roman station, the coastal village of Caister-on-Sea is now almost a suburb of Great Yarmouth. The town is renowned for the bravery of its lifeboat crew who responded to an urgent signal of distress in 1901. Nine crew were lost and a tribute to their courage and selflessness is to be found in the churchyard: 'Caister men never turn back, sir'. 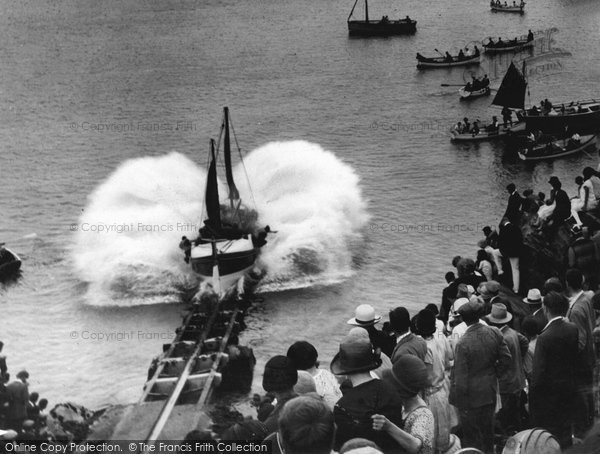 Judging by the crowds, this was a practice launch of the town's self-righting sailing lifeboat. Newquay had a lifeboat from 1860, and a new lifeboat house and launching slip were erected on Towan Head in 1899. This station was closed in 1934, although it re-opened temporarily during the Second World War. 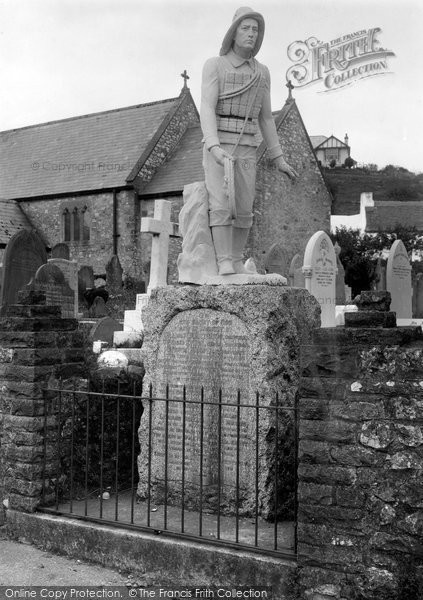 This shows the memorial at Port Eynon (left), near Swansea in Wales, to coxswain Billy Gibbs, William Eynon, 2nd coxswain, and George Harry who died when the lifeboat ‘Janet’ capsized on service in 1916. The memorial is seen in this view from 1937 in its original state, representing a lifeboatman about to throw a heaving line - sadly, the coil of rope was snapped off some years back. 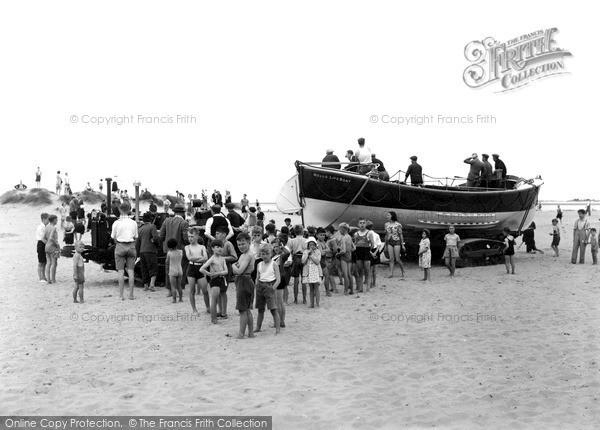 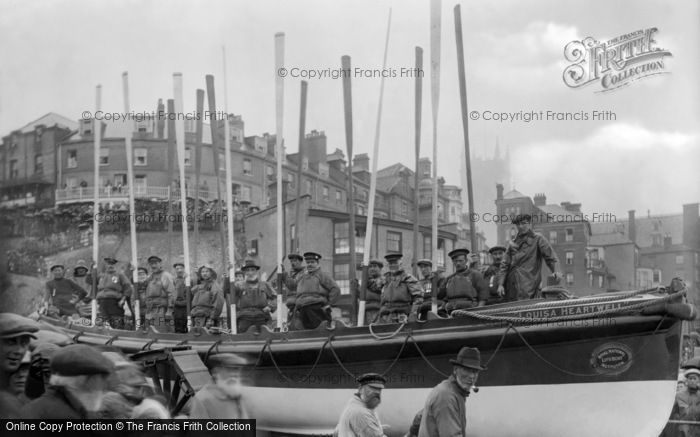 The crew of the lifeboat ‘Louisa Heartwell’ at Cromer in Norfolk in 1922. Henry Blogg, the coxswain of the ‘Louisa Heartwell’ from 1909 to 1947, was the most decorated lifeboatman in Britain, earning three gold and four silver medals, the George Cross and the British Empire medal for his bravery. 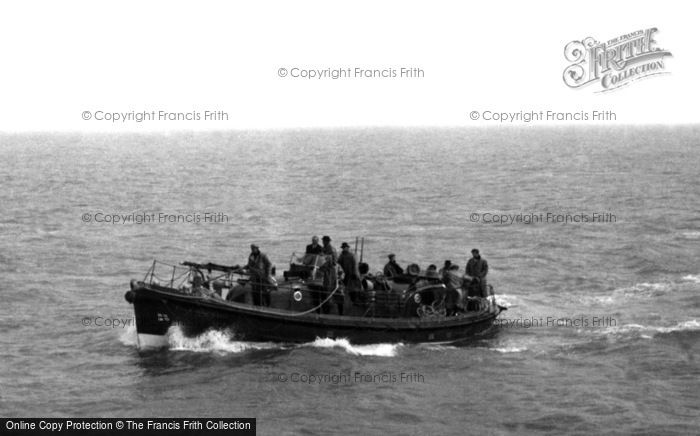 The 'Millie Walton' was sent to Cromer for evaluation in 1945 before she was sent to her station on the Isle of Man. The crew were so impressed that they requested that they be allowed to keep her. Their wish was granted. The lifeboat was renamed the 'Henry Blogg' in 1948, and the great lifeboatman's nephew, Henry 'Shrimp' Davies, was Coxswain for the rest of her service.