With the Royal Wedding set to capture the world's attention later this month, we bring you images of when Francis Frith's photographers were lucky enough to capture the Royal Family. We compliment these with some special scenes of popular royal landmarks in Britain. We hope you enjoy these today. 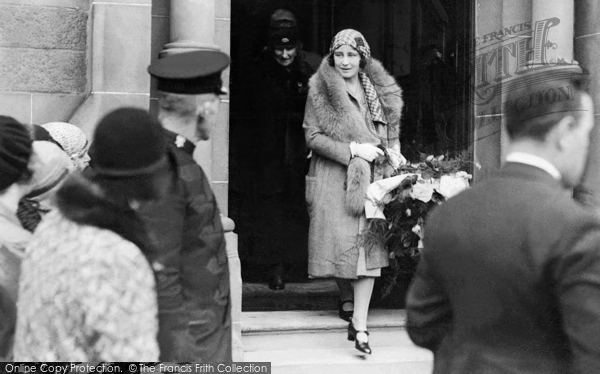 This photograph shows the Duchess of York before she became Queen Elizabeth, wife of King George VI, following the abdication of Edward VIII. She was the mother of the present Queen Elizabeth II, and a much-loved member of the Royal Family. 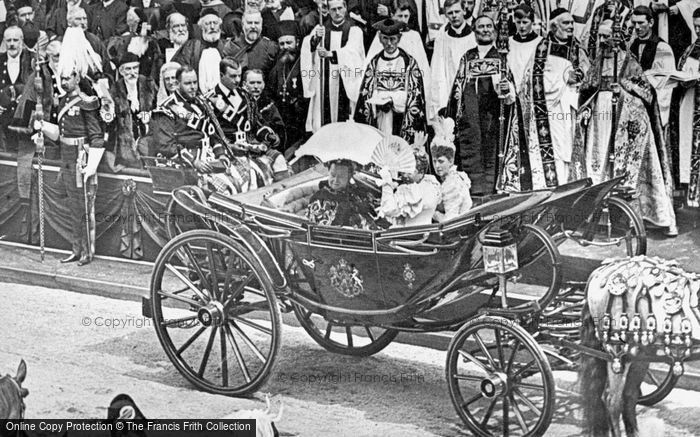 Queen Victoria came to the throne when she was only 18, and ruled for 63 years and 7 months, the longest reign of any British monarch. In 1897 she celebrated her Diamond Jubilee - 60 years on the throne, with a service at St Paul's Cathedral and was then driven in her state coach through the streets of London. It seemed that all London had turned out to cheer the aging but much-loved Queen on her colourful procession. Queen Victoria wrote in her diary that it was 'a never-to-be forgotten day... No one ever, I believe, has met with such an ovation as was given to me... Every face seemed to be filled with real joy'. 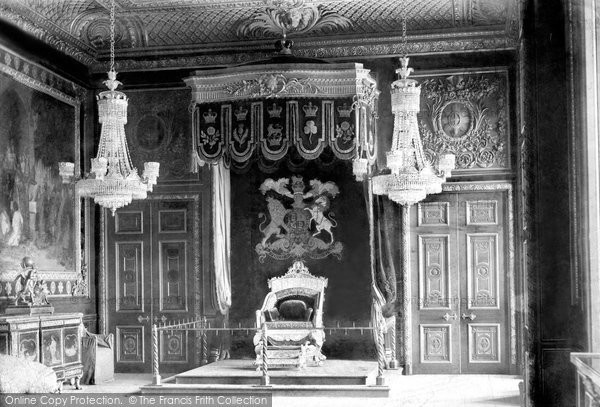 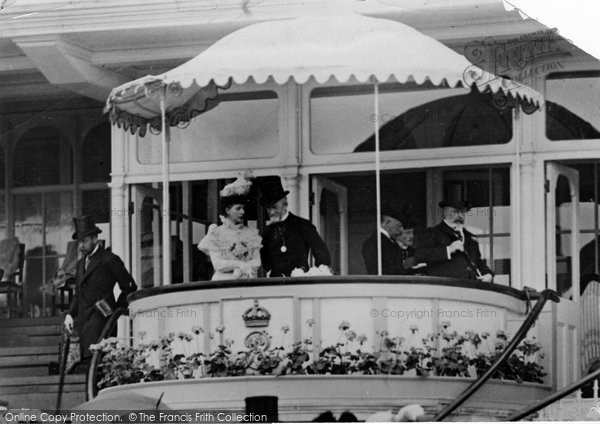 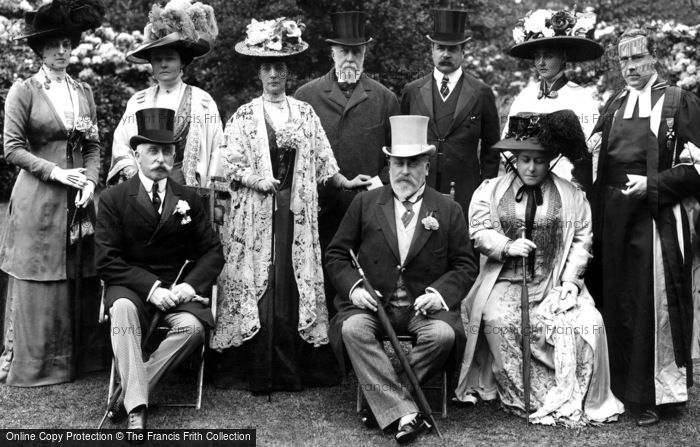 Queen Victoria was succeeded by her eldest son, who became Edward VII (1901-1910). Here he is with a group of high-society ladies and gentlemen, in 1909 (in the foreground, in the light-coloured top hat). 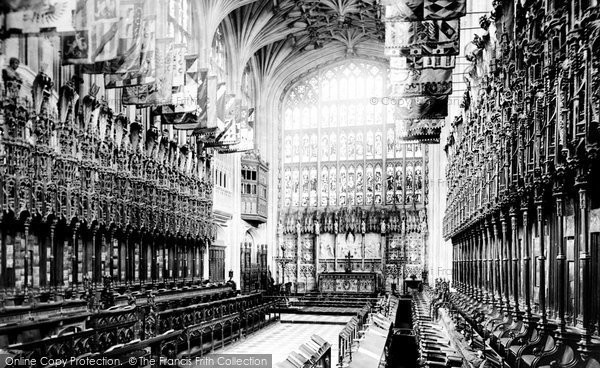 St George’s Chapel is the chapel of the Order of the Garter, the chivalric order founded by King Edward III in 1348, and the Knights’ banners hang over its Quire stalls, as seen in this photograph. The Order originally honoured knightly valour, but today’s Knights of the Garter are chosen from people who have served their country notably, or achieved something exceptional. 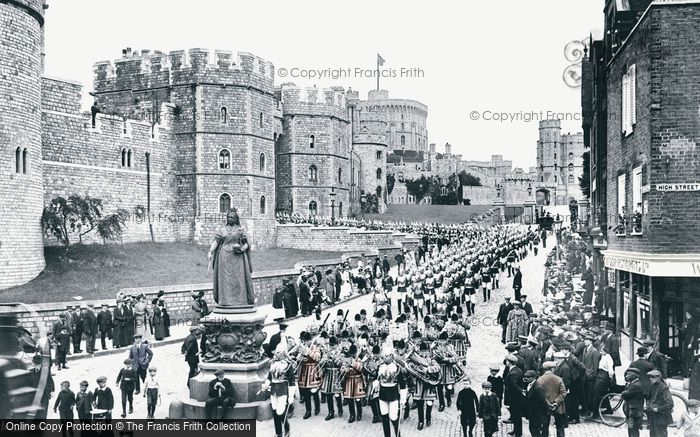 Windsor Castle, which lies beside the River Thames in Berkshire, is a favourite home of the Royal Family. This view shows the pageantry for which Britain is famous, as a large contingent of Lifeguards is parading down Castle Hill, past the statue of Queen Victoria, who ruled from 1837 to 1901. 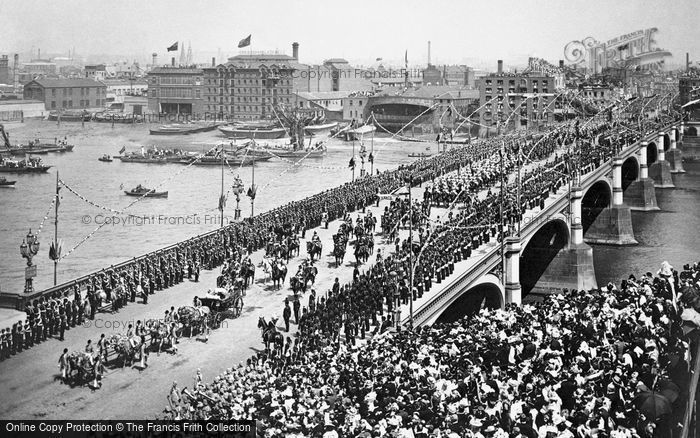 Queen Victoria's Diamond Jubilee was marked by many celebrations, including, on 22 June 1897, a progress to St Paul's Cathedral, where a short service of thanksgiving was held outside the building, as the Queen was too lame to manage the steps. 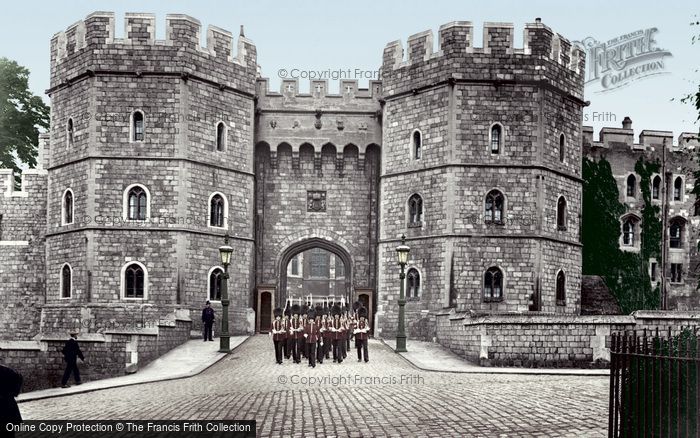 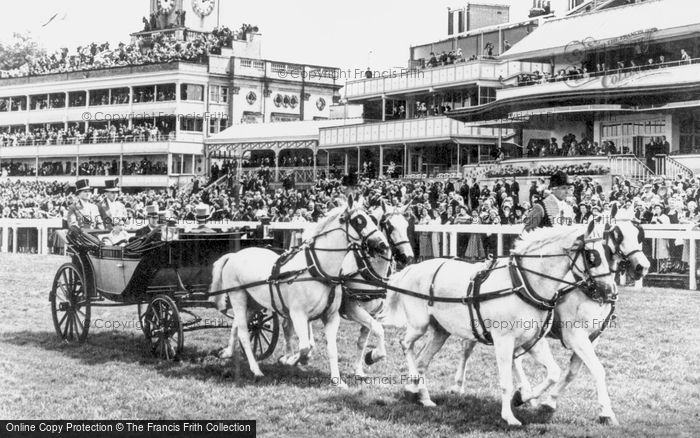 The Royal Family have a long connection with horse-racing, and the Royal Meeting in June at the racecourse at Ascot is a significant social event. Members of the Royal Family drive through Windsor Great Park to attend the race meetings, and the Royal coach procession down the course before racing begins is a highlight of each race day. In this view, our present monarch, Queen Elizabeth II, can be seen in the royal coach with her husband Prince Philip, as it proceeds down the course in the early 1950s. 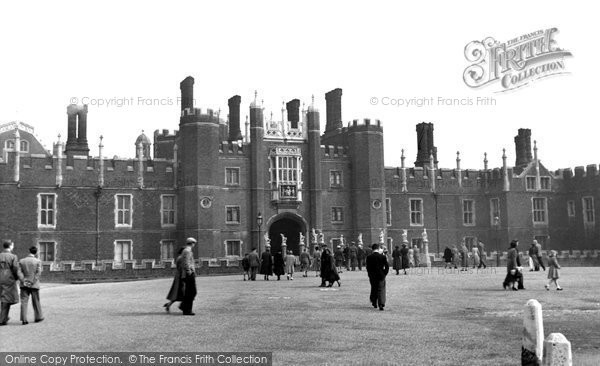 King Henry VIII's palace and gardens remain a fantastically popular tourist attraction where you can explore and enjoy the palace, gardens and celebrated maze. This photograph is from 1955. 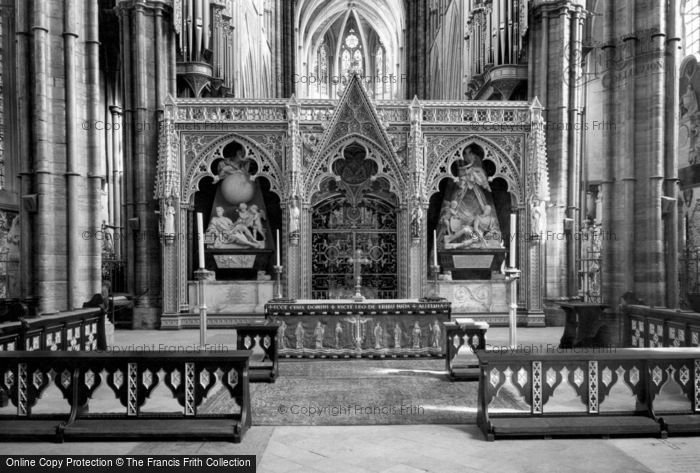 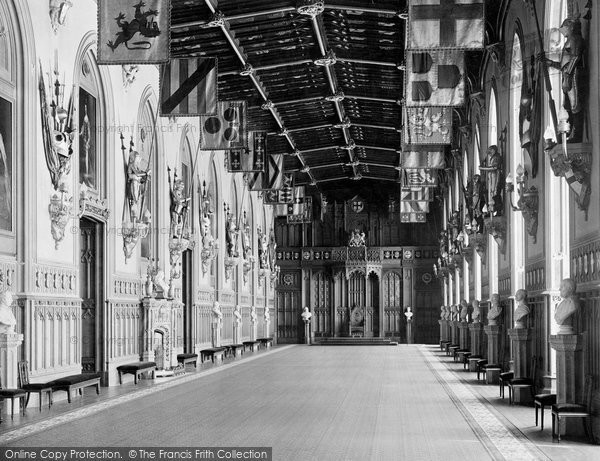 St George's Hall will be the venue of the first of two receptions for the newly married couple on the 19th May. Swords and armour bedeck the walls of St George’s Hall of Windsor Castle in this photograph taken in 1923.