Soon after I began motorcycling in the mid fifties I began to take what has been a lifelong interest in motorcycle racing.
In those days it was a good trek to Brands Hatch as there were no M1 or M25 motorways and the journey from Bedfordshire was made through the center of London taking in Euston, Blackfriars Bridge and out through New Cross to West Kingsdown on the A20 and eventually to the Brands Hatch circuit.
No matter how early we left there would always be the build up of bike traffic around West Kingsdown, as motorcyclists congregated in the lay-by's and pub car parks to join the cavalcade of riders arriving from all over the Midlands. Getting to the circuit and leaving for home was all part of the adventure - in fact a lot of the ton-up boys from North London were happy to ride around the roads seeking a challenge rather than enter the circuit to watch the racing.
The majority of racing motorcycles were Manx Norton's, AJS's and Matchless's with little between them in outright speed with the edge going to those riders with the most experience or perhaps the aid of the best engine tuner. There were regular winners of course but the sport was not dominated by manufacturers or sponsors as it is now, but by private individuals who had perhaps the support of an engine tuner such at Steve Lancefield or Joe Potts.
The races were divided into 125, 250, 350 and 500cc motorcycles, and an unlimited capacity in later years aimed at encouraging the use of modified road bikes to compete in a class of their own. Sidecar racing was popular then with two races at each meeting attracting drivers from all over Europe, the best coming from Germany and Switzerland.
I still occasionally visit to watch the racing today, but nothing compares to the close racing of the 50's and 60's when perhaps ten or fifteen riders, on perfectly matched machines would jockey for position throughout the race, leaving "Clearways" for the final time with nothing to choose between them as they raced for the line - the title "King of Brands" invariably going to local rider Derek Minter, the top ace of the era. As the day drew to a close we ate our final sandwich or perhaps bought a hot dog and rode back through North London and St. Albans to home, tired and weary but happy, having had an exciting day out. Next week, and on to Mallory Park or Snetterton in Norfolk, same riders, same bunch of supporters, great!

A memory shared by ducatee on Jun 19th, 2016. Send ducatee a message

Thu Feb 4th 2021, at 7:32 pm
Diane Thomas commented:
Hello JR ( I wont make any comment about your initials, you've almost certainly heard them all), sorry about the name confusion, now sorted, its THOMAS, Diane is "management". Ref; comment to Phil Read, multiple world champion.......The school I went to had a teacher who famously said something similar to Godfrey Evans, who became one of Englands top wicket keepers( I think he still holds the record for most "stumpings"), anyway, enough of that, your Audi sounds a real beast, I have had to face facts about going quickly in a car (too many tickets), and now I drive a Mazda CX5 SUV (Diesel!!!!), if the weather is nice, we have an elderly Ford CC3 tintop convertible to cruise in, its our fun car and it has just about enough power to zip past all the old dodderers in their Nissan Micras. You are obviously of the same mindset as me- life is for living, I know when I flip the Visor down, in my head I'm only 25. Your comments on the racing in those days is spot on. I have also come down to the Creg na baa on my "goldy" with Read, Hailwood and Minter all desperately trying to get past!!!! In my dreams! I'm thinking of getting a Triumph 765rs street triple as a slightly more sensible option to the R1. I live near Trowbridge in Wiltshire, and when this awful pandemic is over perhaps we could meet up and bore all the youngsters to death with tales of our derring do in the 50's and 60's "I went round him on the outside of the bend with the stand and footrests all scraping the tarmac". That old adage "The older I get the faster I was"...........All the best Rick
Add your comment
Report abuse
Sat Jul 18th 2020, at 9:13 am
ducatee commented:
HI Patricia,
Lovely to read your response. Those days were so good, the current racing isn't a patch on the 60's and 70's with close formation riding with bikes of equal performance and just the rider making the difference between winning and losing. I had a Triumph Tiger 100c very fast for its time. I continued to ride up until last year when i owned a racing Ducati which had a top speed of 200mph but as i had turned 80 i thought it wise to throw the towel in!! Yes I did know Colin Seeley sadly he passed too quite recently, there are only a few of us left now who can recall the UK circuit racing and IOM TT's. I am proud to say that i knew most of the racers of the era having gone to school with Phil read. you take care now and enjoy your memories. i wrote quite a lot of articles in the Frith collection if you would like to know a little more of my life i have so many happy and fun memories.
John Russell
Add your comment
Report abuse
Sat Jul 18th 2020, at 7:42 am
Patricia Mccann commented:
I have just seen your story about Brands Hatch. I live in Sidcup not far from Brands, ,when my husband found out about Brands, he would go as much as he could, he stated about 1966, he has passed on now, I have a lot of bike photos, and over the years it has changed, he got friends who raced there. Did you know of a Colin Seeley, there were books written about his adventure at Brands, my husband collected books on racing, If they are of interest to any one . He made a lot of friends there. My daughter started to go with her dad as she got older and her and the boyfriend go as much as they can, and to the other racing circuits , but this year has stopped a lot.
Add your comment
Report abuse 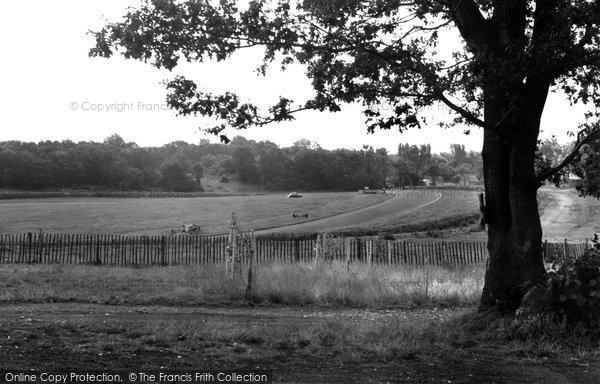