Born in Mill Lane in Broughton Astley on 3rd May 1926, I started school at B/Astley C of Primary in 1931 as a five year old. We would be 'called to school' by the ringing of the bell housed in the small tower which can be seen at the far end of the roof of the school - the building just past 'Willow Cottage' in the foreground of this photograph.
The first class a child was taught in, the infants class, had a Miss Pratt as their teacher. Miss Pratt was exceptionally well suited to start children off on their journey of formal education. She was able to quickly console a tearful child whatever the cause of the tears, her reassuring little hug and comforting words would be almost equal to that from 'mum'.
With Miss Pratt we learned how to read,write and count, at the very basic level, all during the morning classes time. In the afternoon we would have paints or crayons and be free to show that we were, or were not, budding artists.
Upon leaving Miss Pratt's 'class 1' the next step would be to a Miss Tarry, class 2. Miss Tarry, bless her soul, was somewhat less kind than Miss Pratt, but probably her task was a little more demanding than that of Miss Pratt, in that she had to further hone the few skills we had acquired. She was required to make us better at reading and writing, and gradually introduce a little stronger discipline. Her methods in aiming at achieving the latter, however, were the cause of me saying she was less kind than Miss Pratt. She would not hesitate to strike a child across the back of his or her hand with the edge of a wooden 12 inch rule if the child was not paying total attention to her every word. It was a relief to move on from Miss Tarry's class to that of Mrs. Cooke, who was wife of the headmaster Mr. Charles Cooke.
Mrs Cooke was a very good teacher, generally quite well liked by most of the children. I never knew her to hit a child, though a sharp slap on the back of the hand was in those days quite a common thing to happen. I have two outstanding memories of when I was in Mrs Cooke's class. One is that when she did get angry, her neck would become very red and we would say she had 'got her hackles up' and looked like a turkey. A more pleasant memory though is of when my youngest sister was born in 1936.
On 2nd. April that year, our dad came into the bedroom where my twin brother and I slept and told us to go into mum and dad's bedroom to see what they had found 'under the goose-berry bush' in the garden. Mum had had a baby, and we, at nearly ten years old, had not a clue even that she had been 'expecting'! Such is the difference between those days and the present as I write this in 2011, the 21st. century. When I got to school that morning I couldn't wait to tell Mrs Cooke that we had a new baby. (She would have known that one was on the way anyway as my mother used to clean for her, and would have ceased to do that some weeks before the event no doubt!). But I didn't know that and was full of enthusiasm as I broke 'the news'. Mrs Cooke responded appropriately and shared with me the good news.
From Mrs Cooke's class it was to a Mr Pratt's class. No relation I think to Miss Pratt of Class 1. Mr Pratt was a teacher from who I learned a lot. He taught English language and English Literature, two of my favourite subjects. Literature, we used to call it 'composition', was my top favourite subject. It was in Mr Pratt's class that I took my ASE (Annual School Exam), in later years it became the '11 plus'. I was entered for the exam under age at 10 years old and had a 'B' pass. At 11 years old I took the exam again and gained an 'A' pass, this meant I could go to Grammar School. But, and a big But ! My parents couldn't afford to let me go. Uniforms had to be paid for in those days, plus sports kit and some of the required books. It just could not happen.

Worth recording I think that in my years at B/Astley Primary there were four sets of twins in the school.
The 'Mc.Cartney' twin girls, Jean/June ? I don't remember; the 'Jarrom' twin boys, David and Anthony; the 'White' twin boys Gordon and ? (another forgotten name), and the 'Reynolds' twin boys 'Bank' (Bancroft) and George.
Broughton Astley Primary School was demolished in the 1960s when much of the character of the village was also destroyed.
We lost the old Rectory, along with its walled garden and moat; the 'Rookery'; the old 'Brick and Tile' works, the 'Glove Factory'; 'Frank Hall's Garage'; 'the Railway Station' and the old 'Water Mill'.
Broughton Astley, Primethorpe and Sutton-in-the-Elms have each lost their own individual character over the past fifty years, in the name of progress! Progress? 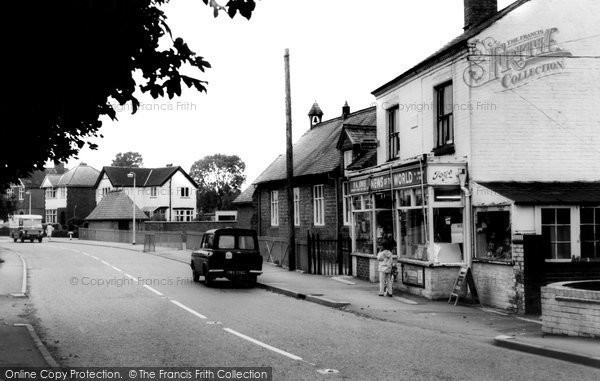