On The School Bus - a Memory of Burgess Hill.

Between 1964 and 1966, I used to travel by bus from Haywards Heath to school in Burgess Hill, going over Keymer crossing twice a day. If we were lucky, a train would be coming and we would get to see the crossing in action. The picture is taken looking south, towards Burgess Hill, and the signal box is visible on the far side of the crossing on the left. We would watch the signalman through the windows of the signal box as he operated the gates by turning what looked very much like an old-fashioned ship's wheel. On one occasion the train, instead of being the usual rather dull electric multiple unit, was hauled by a big mainline diesel (possibly a Class 40) in BR blue and yellow - much noisier and more impressive! 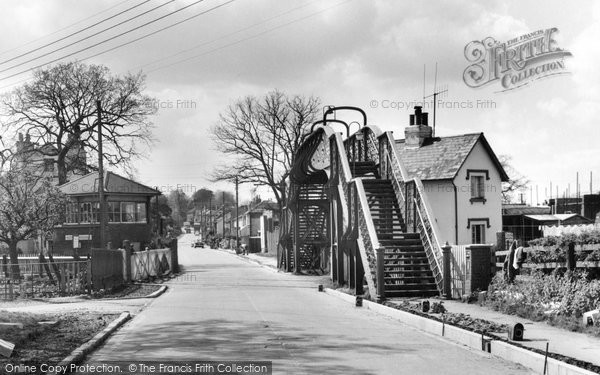