The Hotel Garage - a Memory of Church Stretton.

My grandfather Bert Hedger managed the garage attached to The Hotel during the late 1920s. It belonged to Phillip West who was a mill owner from Manchester and was managed by his sister-in-law Lillian Harker. It was a five star hotel and all the best people stayed there. A lot of famous racing drivers from the 1920s stayed there for the Shelsby Walsh hill trials, including Wolf Banato of Bentley's and also Freddie Field of Bugatti's - he would stock up with 2 gallon tins of aviation spirit and tins of pure benzene. The autumn meet would fill the place with racing cars. The drivers or their mechanics would arrive at 8.00 in the morning to warm their engines up and would rev them for 5-10 minutes at a time. Petrol was sold at 1/- per gallon and punctures were repaired for 2/6d. Warming up the engines resulted in a lot of complaints from the local townsfolk.
Grandpa remembers one old gentleman of 70 years of age, Fred Platt, who was head waiter there, he also served at the Shrewsbury Assizes in the judges lodgings. Grandpa was engaged to my granny in 1927, she was still working in Hindhead, Surrey where they first met. Gran got a job at the Lion in Shrewsbury so that they could be near one another. In the 4 years Grandpa was working in Church Stretton he saved up £400.00, which enabled them to move back to Hindhead and get married. 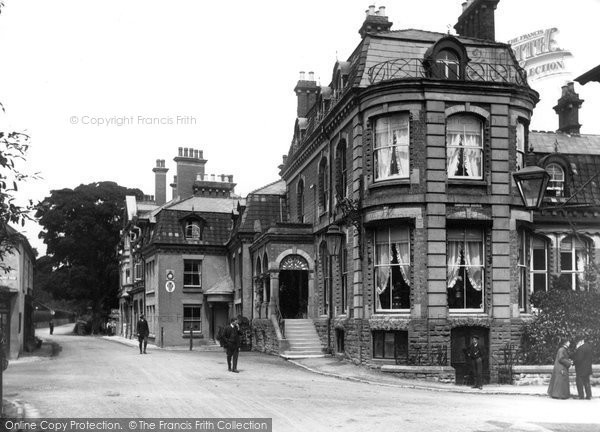