Pictures Of The Suspension Bridge And Clifton College - a Memory of Clifton.

I was recently given a copy of your delightful book - 'Around Bristol'. I was born just outside Bristol - my parents and brothers survived being bombed in their house in Clifton (I have some pictures) - and lived in Clifton from 1946 to 1969. A couple of pieces of additional information about pictures in the book.
Page 69 - Clifton suspension bridge. Buses and commercial vehicles were not allowed over the bridge due to weight restrictions. However, Clifton College had a special dispensation to take specially lightened school buses over the bridge to go to their playing fields at Beggars Bush. I believe that the bus shown was a pre-war (192?) Thorneycroft which was withdrawn from service in the late 1950s - very uncomfortable as the springs had come through the horsehair upholstery!
Page 75 - Clifton College. The difference between the 2 pictures - 1887 and 1901 - is the appearance of the square tower between the end of the library and the chapel. This is the Wilson Tower, built to commemorate the headmaster James Wilson as noted in the description under the lower picture.
It would be good if you could find a picture of the bust of Plimsol which used to be on the small quay in Hotwells. A much forgotten man, but of major significance to the safety of shipping the world over!
Thank you for a delightful book which has brought back many memories. 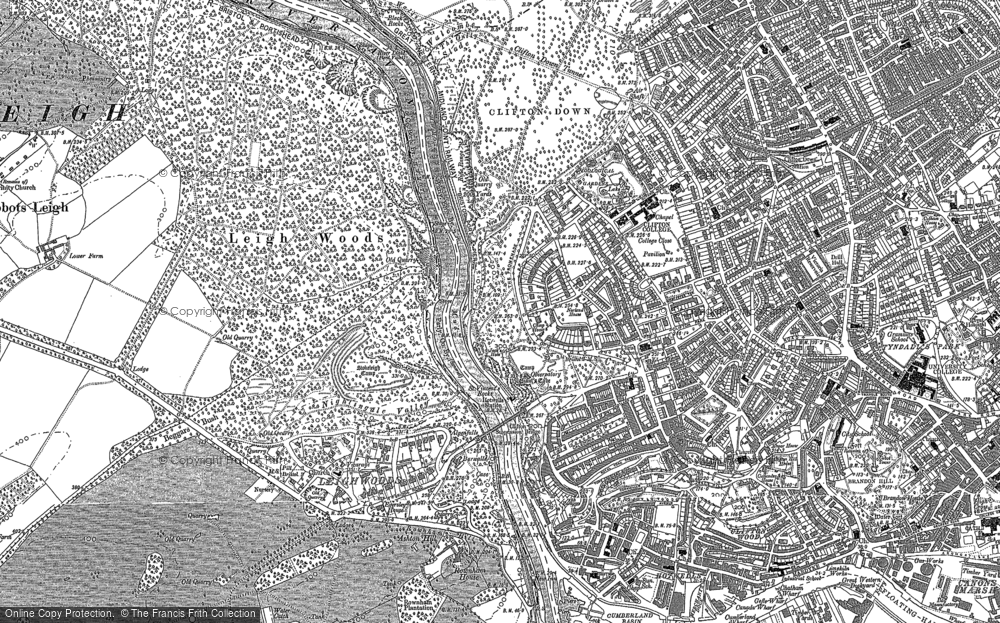