Terrace - a Memory of Cwm Penmachno.

I lived at no.4 Terrace. until 1956. I Have 5 brothers and sisters; Eira Gwyn, David Alan, Islwyn (passed away), Mena Gwyn, Einion Wyn a Glenys Wyn. My parents were Gwyn & Beryl Jones. They were well known as they sang together and in choirs. Margaret Pritchard, my late grandmother lived at no.5 Terrace with her 2 daughters, Roberta & Megan and Gwyn. Later moved to the Junction. Gareth Hughes of Carrog was my second cousin a well known trumpet player whom later moved to the Wirral. Gwyneth Lewis, my other grandmother, lived in the same row as the post office. Later moved to FFestiniog. Gwyn used to play football for Rhyl and Machno United for many years.

Thu May 11th 2017, at 4:10 am
Meirion Davies commented:
I read your comment with interest Dewi, your mother and my mother were best friends and we moved to St Helens in the 1950's, and I remember that your house in Liverpool was near Anfield my favorite team.
I now live in Thailand. It was nice to read your letter. Meirion Davies
Add your comment
Report abuse
Tue Jan 6th 2015, at 3:48 am
jaxon636 commented:
I read with interest Alan Jones' memories of Cwm. I remember your parents very well, especialy your father Gwyn. I watched him play football for Machno Utd often. He was very good too!,
I lived in Rhiwbach Tce until 1955 when I wet to do my national service. When I finished that my parents moved to Liverpool so that's where I lived until 1972 when my wife and I with our 3 children emigrated to Perth Australia where we have been living ever since. 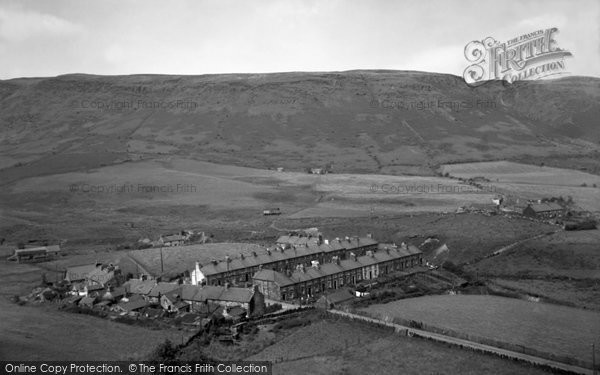