Stonejar - a Memory of Cwm.

Hello there David. "Old" Stonejar Morgan from Woodville road was a mining instructor in No. 2 Pit in the Blackvein seam at the Marine Colliery. Between them the team of 8 instructors taught all aspects of coalmining, albeit very old fashioned methods. For instance, one of the instructors was Dai " Ponty" Davies who favoured a cloth cap whilst working, but when he was actually hewing coal he hung his cap complete with electric cap lamp on a mandril standing against the "gob" and worked in the circumference of its beam. Old Stonejar earned his nickname in an earlier life and throughout the time he was training me I never saw him use one, he had a two pint tin jack like the rest of us. He was a very devout man as I remember, never a swear word passed his lips. He was conscientious to a fault. " Grub time was twenty minutes from twenty to eleven to eleven o-clock and not once did he deviate from this duration by as much as a second. He was a well respected man for his skill at erecting wooden roadway supports or " pairs of timbers" as they were known. Him and a mate Thos Bromley used to enter competitions during festivities in the valley which they invariably won. He trained me not only in the arts of coal-mining but also in the art of honest toil. Maybe he would have been gratified to know that he had trained the future Senior Overman of the Marine complex. They used to say of Mr. Morgan that he only smiled when he had wind, something that was said of me in my duties as the Senior Overman. I very often smiled in private as I am sure he did.......As far as his being a rescuer at the Six-bells disaster I know that you have your facts wrong, I'm sure that he had retired before that infamous event, but I concur that he had been a member of The Mines Rescue Squad at Crumlin for a number of years as a young man. And finally, a little story about Mr Morgans temperament. It was taboo for a trainee to touch his beloved razor sharp timbermans axe, but in one of his rare soujourns to the next "stall" to talk to Dai Ponty I was tempted to try out that Excalibur of axes. I swung that axe taking great pleasure from the size of the chips.....But I mis-placed a cut and the blade bit into a steel railway sleeper, notching that beautiful blade. I faced up for my action. When he came back from Dai Ponty's stall I told him of what I had done. First he nearly fainted, then he nearly cried whilst nursing the Axe, and then the language spilled out of his mouth. Darrows and dammos tumbled over blessed and blinkins and I quaked in my boots at his fury....He never spoke to me for a month after that, not until I had used all of my food times laboriously whet-stoning that notch away and thus restoring Excalibur to its former glory. That was your Grandad Mr. Morgan. 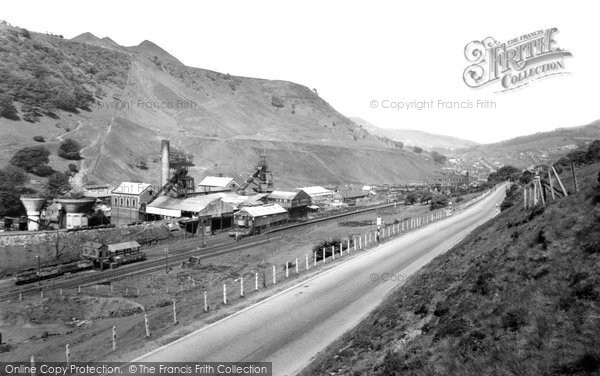