How to buy Old Edition Maps

Old Edition Maps are available to buy as follows:

The Old Series Maps provide a fascinating snapshot of the human geography of Britain in the mid-19th century. These maps are taken from the Ordnance Survey One-Inch ‘Old Series’ sheets, surveyed between 1791 and 1874 and published – with many revisions and new editions – between 1805 and 1874. The Ordnance Survey’s 19th-century cartographers managed to create, without most of the technology that today’s map-makers take for granted, a stunningly elegant and accurate survey of Britain at this crucial time in its history.

The history of the Ordnance Survey’s mapping begins in 1791 when the government, fearful of the threat of an invasion by French revolutionary orces, instructed the then Board of Ordnance to make a detailed survey of the vulnerable southern regions of England. The upheavals in France and the subsequent Napoleonic Wars passed without an invasion, but the work of the Ordnance Survey continued and soon turned into a major national project. The driving force behind this was the indefatigable Thomas Colby, who later became Superintendent of the Ordnance Survey in 1820. Colby designed many of the instruments used in the surveys and did much to standardise the processes of collecting the data and creating the final maps.

Thomas Colby involved himself in all aspects of the work and personally covered countless miles with his teams of surveyors. The task was enormous and quite unlike anything attempted before; perhaps only the equally remarkable achievement of the Domesday Book over 700 years earlier comes close to the scale and scope of this enterprise, which was to take the best part of 100 years to complete.

At the beginning of the nineteenth century some maps at the one-inch (1:63,360) scale based on Board of Ordnance surveys were already available to the public, including Jersey (1787), Sussex (1795) and Kent (1801 – the ‘Mudge map’). William Faden, Geographer to the King, published the Sussex and Kent maps: the first published by the Ordnance Survey was the map of Essex in four sheets which appeared in 1805. This was the start of a nationally (England & Wales) numbered 110-sheet map series (with many being originally published as quarter-sheets), which later became known as the ‘Old Series’. The next maps to be produced, in 1809, covered Devon and parts of Cornwall and Somerset. These are sheets 20 to 27, although this numbering system was only adopted later and so the numbers do not reflect the order of publication. The Ordnance Survey’s maps were regarded as being so vital to national security that during the Napoleonic Wars an embargo was placed on their sale to the public.

It became clear that the policy of using a meridian of 3ºW for the western maps and Greenwich’s 0º for the eastern ones would lead to a convergence between the western and eastern sheets which became more pronounced as the maps progressed north. It was eventually decided to use a single new meridian with its origin in Delamere Forest, Cheshire. The convergence, and the new base line (the Preston to Hull line) of the sheets from 91 to 94 northwards, which was perpendicular to the meridian through Delamere.

With very few exceptions (the Isle of Wight and the area around the Preston to Hull line) the Old Series maps were produced without any overlaps. This posed various challenges in the creation of these Historical Maps, as it was necessary to find originals with four perfect edges in order to create a neat join. Where this was not possible, several copies of the same map had to be sourced and a digital composite created. The use of quarter-sheets, which became increasingly used as the One-Inch project progressed, compounded this problem, as did the fact that many major cities were split across more than one map.

The period these maps cover was one of enormous change. The demographic shifts caused by increased wealth and the industrial revolution had already made existing maps largely useless, but much of the underlying fabric of the past was still intact. The population of Great Britain in 1850 was three times greater than it had been in 1700, but only a third of what it is now. An increasing number of people were living in the cities; around 1850, for the only time in British history, the rural and urban populations were equal. The major conurbations of today were already well established but were still separated by open countryside and numerous villages and hamlets, many of which have long been lost under roads and houses and whose names, where they survive at all, are now only dimly remembered. Ancient roads were being augmented by the recent revolutions of the canals and railways, and these advances in transport and communication did much to encourage both the demand for the maps and the ability to create them. The Old Series maps are thus a record of England and Wales on the eve of a momentous transition from its centuries-old agrarian past towards its dramatic 20th century urbanisation.

What you say about our Map Prints

We are always grateful and proud to hear back from you. Here's what you have been saying about our Maps. Read more testimonials.

I just wanted to say thank you for your help and for the excellent service provided by Francis Frith - my order arrived yesterday, so much sooner than anticipated, and it looks fantastic!

Delighted with map. Many thanks

Just a quick line to say that I received my framed historical map today and it is utterly wonderful. The gallery style frame is perfect and everything is just how I wanted it. Many thanks for a job well done.

This is just a huge thank you for the impressive framed map I received yesterday. The recipient of this gift will be delighted I am sure. Thank you again for your great service. 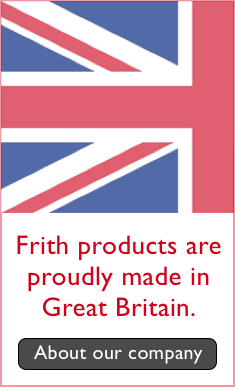