Fishing With Billy - a Memory of Downderry.

Billy was a hero to we boys. In the daytime you could go crabbing with him; at night, out drifting. He drove an old open jeep and at times you would see five, six or even seven boys clinging to parts of this ex-US vehicle as it bounced its way up the slipway, or tore through the Cornish lanes on the way to Looe, where he kept his bigger boat, the "Ella".
A shake, or an alarm clock at 5.00am. Pull on my boots and a thick woollen jumper. It would be pitch dark, nothing stirred in the village. As I made my way the five hundred yards to the centre of the village, my heart would be in my mouth; every shadow a threat, every noise a danger. Then, through the night, the clumping of heavy sea boots: "That you D'Arcy?", the comforting sound of Billy.
As we launched the boat, using his jeep and a clever device that lifted and lowered his open boat into the water , off the beach, the sea spray would sometimes dribble down my neck and a cold, pre-dawn wind, cut beneath the several layers of clothes to make me shiver. But we would never let Billy know we were suffering: he might not invite us again. As the little engine chugged us clear, through the rocks, dawn would be slowly lighting the eastern sky. Billy would be standing in the stern, tiller between his legs, the yellow of his oil skins, reflecting the slightest glimmer of light.
Four or five hours later, loaded with crabs and an occasional lobster, we would surf up the beach to be met by boys who hadn't done that dark, pre-dawn walk and, perhaps, some curious holidaymakers. The boat would be pulled up the beach by the jeep and then we would all jump in, scrabbling to get a hand hold on the cold green, rusty metal as it swayed its way up the slip, round the corner, down past Jean Thom's shop, the boys hooting and hollering with glee and Billy shouting orders to "hang on". If we were lucky, he would take us to Looe. If not, we would buy a bottle of Corona, perhaps, and make our way down to the beach, sit by the boats and listen to the old men telling sea stories. What a wonderful childhood it was! 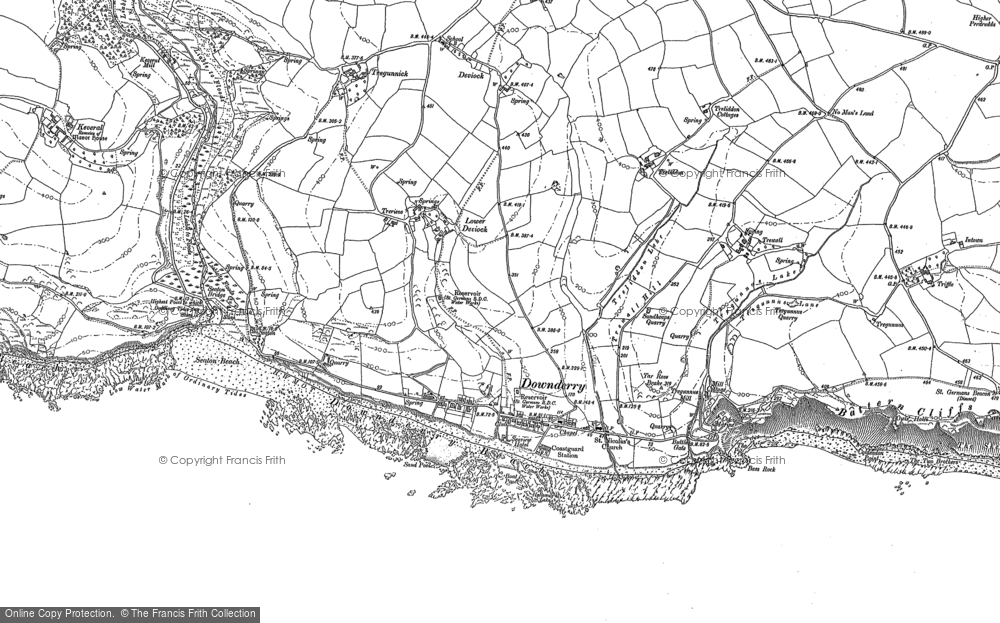