After My Time - a Memory of Eastry.

The 'new' primary school in Cook's Lea (a respected headteacher in Sandwich) was built in the early sixties and is well-located next to the Gunpark to the left. The old C of E Primary School was a solid building and this new school has its modern style architecture. A famous quote is "it may be a marble palace, but as far as I'm concerned it's still a bloody school" despite the propaganda of how marvellous it all is, such opportunities. The old Primary School was in a much more historical evoking setting, next to the village green, the old church, and along the old Church Street and those older buildings and farms, not to mention Eastry Court or 'Palace', a real one. Its walls were solid! The football team of the late fifties and sixties was run by Mr Fright (the Primary school head) and then Arthur Welfare and with the talented Summers boys; especially Ken, Brian and Don the team raced up the leagues. This was modern stuff with a changing room shed and nets on the goal posts. Proper goals! This was modern, big time! Quite a few came to watch. Some talented people lived around here and have either departed or gone far away. Thus the school can claim some credit, but these things happen because of, or despite school. The beautiful Eileen lived to the left! Wow! 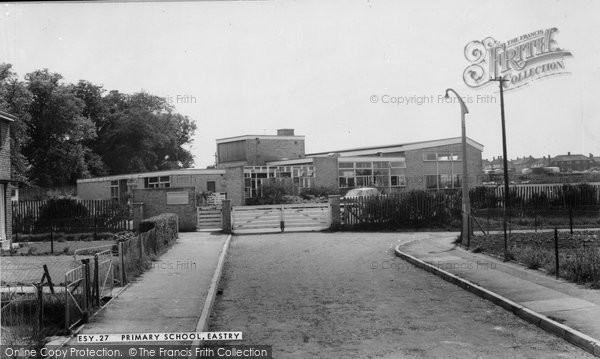