Hi, my name is Roy Mozley & I was born in 1948 in a prefab in Rydal Avenue, Winton. We then moved to Lambton St, Winton. This was our football pitch then, main problem was this guy who, lets say, used to visit a lady quite often in his bubble car and park it right in the middle of our street / football pitch and when we asked him could he not park it further up the road, all we got was a great learning of the f word. So, after weeks of this we waited for him to make his regular visit and when he parked up, ten of us carried this bubble car around the corner into Anson St. Needless to say he was not happy and believe it or not, he never ever parked there again. We then had to move on to the nursery fields of which, as kids, that was our strarting point for our twenty aside football matches of which we played there all day. As we, thats me and my brother, Ray, got older, we then progressed to cleveleys playing field, Blantire St, Winton. I think they had about 12/15 football pitches which was a vast inprovement from the street. Another great memory of Winton /Patricroft was the Whitby walks that my mum and dad made us do, which now I beleive was pretty good for us. I also remember walking passed the Majestic Picture House on Liverpool Rd and often wondered what went on in a place like that. Never in a million years did I ever think I would own it, many, many years on, when it became the talk of the north, one of the greatest cabaret/discos in Great Britain. Also, another of my memories was me and my brother would have to go down Parrin Lane to below Monton Bridge to an off licence called Browseys and take with us two large pop bottles and get them filled up with Browseys best ale for my dad. Same again, never ever crossed my mind that in later years I would own this place and turn it into a pub restaurant called the Bargee. Once a week, at the week end, our dad would take us for a walk along the canal on the snellies dump side for a very, very long walk through to Worsley Woods and on the way back we stopped off at a black and white shop on Worsley Road, next to the Delph for an ice cream and a good rest. So, without boring you again, I never ever thought about owning this place - but I did in later years - it was called then the Casserole restaurant, now its the Tung Fong.
Two stories that stuck in my mind that I will never ever forget and will always give me that kick up the backside when I was feeling down. The first was when I got the Casserole it was in a bad repair state so I decided that I would paint it. After starting it after a few days, I was up the ladder painting the black bits with drab undercoat, which is the standard colour before the black gloss goes on, and this man shouts up "is that you Motley" so I came down and it was my old Headmaster, Mr Weton from Winton Senior. He said "I see you're not doing too well - how long have you been a painter and decorater", so I said "about three hours", so when I told him that I owned it he had to sit down on a bench. Finally, the last one was I was washing some glasses in the bar there one night and six people came in and sat directly in front of the bar and this woman kept looking up and said to the waitress "is that Roy Mozley?" and she said "yes it is" and the woman said, quote, "I knew he would come to no good - look at him washing glasses". So after they'd had their meal I could not resist this one and got the waitress to give me the bill and I took it over. I went back after five mins and she said "its okay I will give it the waitress or the manager", and I said "will the owner do", and when she was going out she wanted to be my best friend. So as to all you go getters out there, remember this one.
The rest of my story is being put down this very second in a book form from start to now and I odviously needed to dedicate this to my lovely wife, Patricia, who sadly passed way last year with breast cancer and the proceeds of this book are being split between Christies Hospital and St Marks Church, Dunham. So, the moral of my story is don't give up on anything no matter what and I wish each and every one good health and a lot of good luck, God bless. Roy Mozley.

A memory shared by Roy Mozley on May 28th, 2012. Send Roy Mozley a message 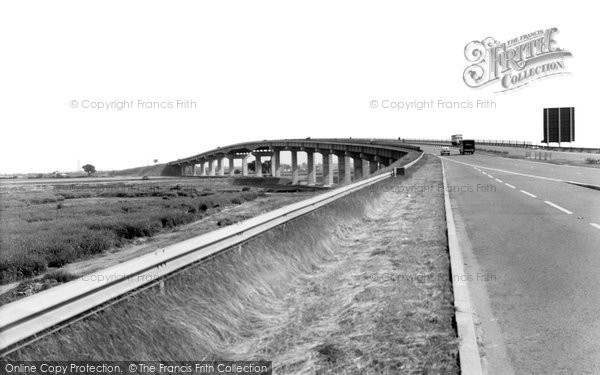