Gillingham In The Forties - a Memory of Gillingham.

I lived in Medway Road from 1934-1956. I also remember the doodle bugs (as did Gordon Savage, I remember him), the dockyard heavy guns, and school. I was due to start school on the day war started and finally went to Richmond Road Infants two years later. All the teachers were evacuated with the local area evacuees so there was no one to teach us. I went for 1 hour, then 2 hours, an afternoon, and finally all day. When the air raid siren sounded we were allowed to go home, if we could get there in a very short time. My gran lived in Richmond Road so I always went back to her and her Morrison shelter. I also remember lorries coming so that people who had been unable to have a bath or shower could do so. I remember going in one once, and getting into loads of trouble from mum. I really don't know how we learnt anything. I am hoping to revisit Gillingham later in the year but I don't think I will recognise it, I think I will have to buy a map. I remember all the cimemas; The Embassy later Odeon,The Palace, the Majestic, the Ritz, the Regent, The Picture House, The National, The Plaza and The Grand. At the Grand you could catch the films which you missed everywhere else but I don't think it had any ventilation and between films they had to open the doors and spray something around. I remember my first ice cream after the war. We went to the cafe at the Strand, it was like frozen cloudy water, very different from the Lyons cornets (vanilla or strawberry) which you could buy in Woolworths for 2d when war started. Does anyone else remember the fish man who came round on Sunday mornings, on his tricycle selling cockles, winkles and shrimps etc..which you could buy by the pint. A favourite place for playing was in Duke Street, where there was a wonderful wall at the back of Akehurst's coal merchants stables. You could bounce balls against it as long as you wanted to, and the only animal disturbed was the horse. We also played all sorts of games on the tank traps at the bottom of the street by the dockyard wall. We also scrumped walnuts from the orchards at the bottom of the street. I could reminisce for hours ...I now live in Torquay, but am looking forward to coming back, trying to find familiar places and boring my offspring with memories. Joan Lemar(nee Tims)

Fri Sep 18th 2015, at 1:50 am
Joan Chiles commented:
Like living it all over again, Joan. The NUmber 5 brown bus, and I do remember the fish man also the Winkle Shop end Saunders Street/Richmond Road and the Faggot Shop. The cinema's the doodle bugs and also counting the bombers on their way towards Germany. We used to go out after a raid and try and find those silver strips which we were lead to believe cut radio/radar communications. What about the large grey elephants hovering-namely barrage balloons and also the 'stink bombs' or canisters lining the pavements which emitted foul black smoke as a screen to fool the enemy bombers. St Luke's Church had a very active congregation with garden parties on the vicarage lawn, concerts organised by 'Madge',a badminton team as well as the usual M.U. Cubs, Brownies, Guides and Scouts and I think in the 'olden days' Rovers and Cycling. In war time members of the Royal Navy were at the services-reminding them of their home- so they said. In our teens went to the NAFFI on Watling Street and peeled the potatoes and later danced at the Drill Hall and Paget Hall?? (near the Post Office) where visiting bands would play. Well over 10 years ago was the last time I visited Gillingham and I was disappointed to see the lack of activity in the High Street, closed shops and almost like a forgotten town. Probably due to the dockyard closing. Ah me!!! 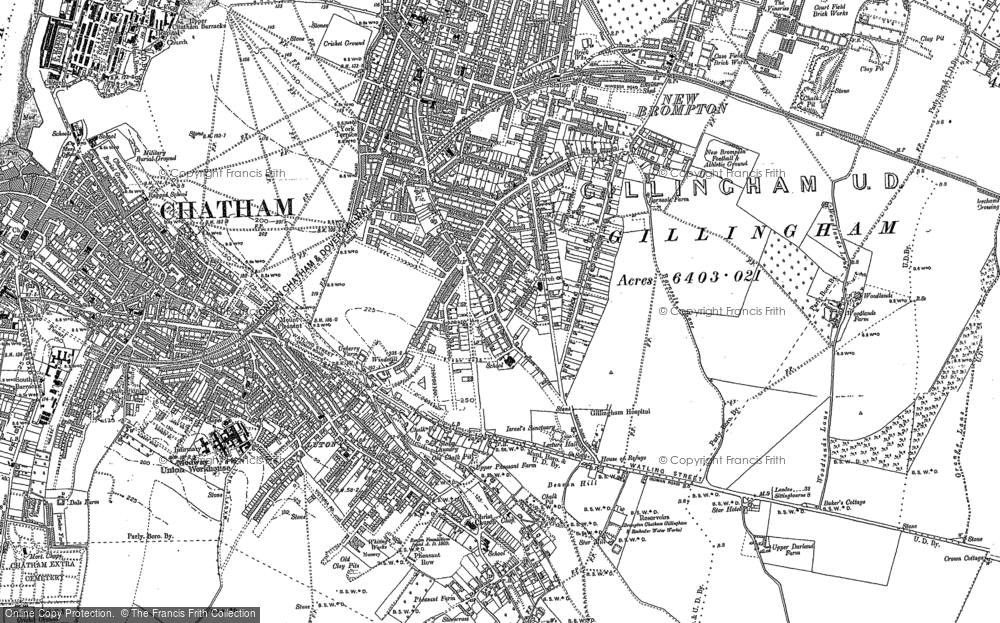