Moved to Farncombe in 1942 from Datchet, but evacuated originally from Barking, London. I remember arriving at my new home at 1 Tudor Circle. My Step-father was a fireman in the AFS, who's own father, George Elliott, was employed as a Shepherd watching sheep in the top fields on the left before Binscombe. Shepherds in those days were well looked after by the farmer, as a good shepherd could save many a lamb at lambing time. George used to bring home a rabbit or two during the War as he was well practised with a catapult having much time on his hands when sheep watching.

I remember 'Pop' Gibson, the Headmaster at the Junior school, who would award a 'George' medal for reciting a poem from memory - the medal being a copper coin penny!
He would have us do PT in the playground in the middle of winter, snow on the ground, stripped to the waist, all the time shouting 'knees up! knees up!' while I hummed the tune 'knees up muvver Brown'. 'Gibbo' wore a big black overcoat down past his knees, a scarf and leather gloves. I remember he would shout out "Stop, even if a bomb drops you will stay perfectly still".

We went swimming in the River Wey at the Colonel Grounds at the age of seven with bigger boys guiding us along across the river whilst doing the 'dog paddle'. Later we could dive in from the opposite bank and assist the bigger boys with 'pay back time' holding on the sides and rocking the day trippers rented canoes, rowing boats and punts from Leroy's boathouse.

One day a spitfire crashed on the Colonel Grounds and we watched the pilot come down by parachute over Bunkers' Hill in the far distance. This gave us the opportunity to clamber all over the broken plane looking for souveniers. Pieces of the perspex cockpit were favourite as we could carve out finger rings for sale to other kids.

I had my first experience of competition fishing at Broadwater Lake, having joined the angling club as a junior, and my step father, Jesse James Elliott, put tacks along a bamboo cane I had just chanced to come by from Broadwater lake, a converted Yo-Yo acted as a reel and held a long piece of strong twine, a chicken feather, lead shot and a hook completed my equipment. Oh, and a ball of bread dough. On the day - having been allocated a positon next to a real fisherman, he told me that I couldn't take part without having a keep-net plus a landing net. I thought this was a bit cheeky of him - so in my best cockney voice I said."Fanks a lot Mister but yer see I've been fishin all mi life, so I knows jus what to do". To cut a long story short, he set me up with his spare equipment and at the end of the competition couldn't stop laughing at the weigh in, when I won a new bakelite reel for second place for having the best basket of small fish. Roach, Dace and Gudgeon. What a life!!
We used to go to the Guildford lido and the indoor baths at Castle Street. Although we didn't like the indoor baths so much as the attendant would shout at you for making too much noise and order you out of the pool, anyway it always had far too much chlorine and would get up your nose and make you sneeze a lot. The Lido (Friths photo) was our favourite - 6d to get in and putting your clothes in a steel locker. Having a fibre disk on a piece of string round your wrist with your locker number, you could then take your sandwiches and bottle of Tizer and spend all day swimming or sunbathing on the grass behind the fountain.

Yes, like Phillip Lehoux I remember the girls, especially at the junior school - Dawn Elliott and Valerie Greenwood my favourites. I remember my first paper round at Farncombe; six shillings seemed like a fortune in those days when I could buy three comics - Champion, Wizard and Hotspur all 3d each, a couple of bullseyes or a bag of blackjacks and the rest of the money handed to my mum. Mind you, one of the kids at school, a little on the plump side, used to get teased and bullied a lot, so he gave me a tanner a week to protect him. No trouble there, because I was friends with the bullies. Mind you there were those older boys who would bash me up because they said I was a foreigner from London.

Of course we loved the Barber down the end of St Johns Street - boys only on a Saturday morning. He spoke in what was referred to as pidgeon or clipped english - he may have been Italian? He used to say- "You lika da new airstyle, Sir' wiv nice spray afterwards?" A long white taper would be lit up and flicked up the back of your hair. "It stop's the 'air from fast growing" he would say. The other boys siting waiting would whistle, taking the 'mickey' but then with a big flourish the sheet came off and he would hold out his hand for the sixpence whilst helping you on with your jacket, brushing you off with a big paint brush and saying see you soon 'Sir'. Walking back down the road with a swagger, whistling, you felt like a filmstar, imagining that all the girls passing by were admiring you or your haircut. 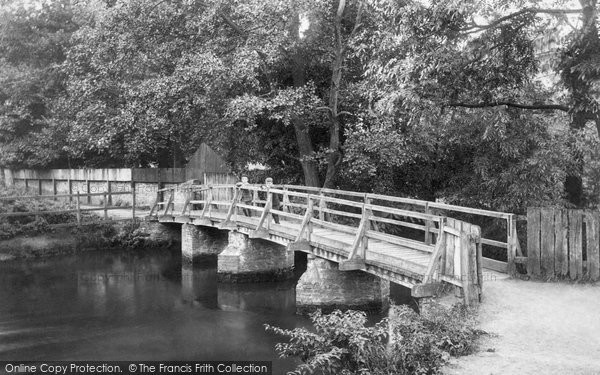