I remember the British School so well, especially the headmistress at the time, Miss Gilbert. She was very strict, but generally fair, and much respected by my parents. One thing that stays in my memory is the enormous rocking horse which lived in the hall; it probably wasn't as large as I remember it, and it was already quite an old horse with a real horsehair tail. I remember also Miss Gollop who I think may have taught me to knit; the first thing I made was a scarlet teacosy. I think she also taught the recorder. There wasn't enough room for the children to eat school lunches at the school so we used to walk, crocodile fashion, to a church hall further up the road to eat. I remember Mrs Wharfe, who must have been an assistant or secretary, who took pity on me when I couldn't eat anything with dried fruit in (still can't) and squashed it between the plates when she was clearing the tables. I remember once having to stand at Miss Gilbert's table and eat Spotted Dick (which I hated) until I'd finished it. This was at a time when to waste any food was considered taboo; there was very little I disliked, but there was always mountains of Spotted Dick to get through. To get to the school I crossed the Lammas Lands; often in the winter they were flooded but the pavement was raised quite high above the road. One year the water was so high it was coming over the pavement and we had to turn back and go up Catteshall Lane and down that way to the school. We walked miles in those days. I haven't been back for many years but hope to this spring or summer.

Thu Mar 31st 2016, at 12:31 pm
Carolyn Cox commented:
I remember Miss Gilbert too and Miss Gollop and walking to lunch where my worst memory of the food was 'egg and slosh' - hard boiled egg in gluggy cheese sauce. Oh and the coloured plates we used to eat off and my crush on Roy......
Carolyn Gill 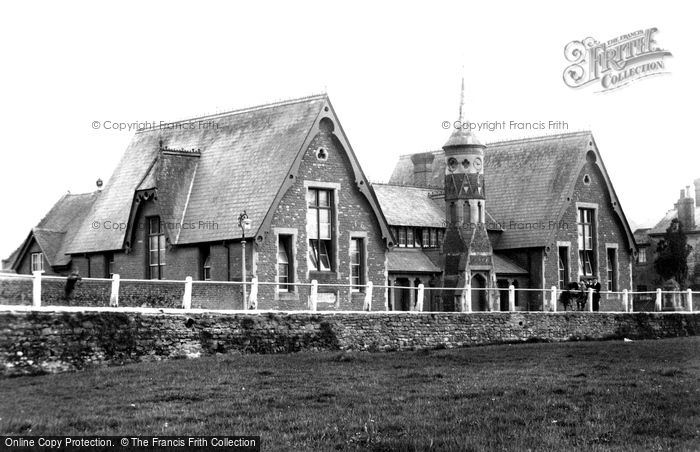