Memories Of Heysham - a Memory of Heysham.

My paternal grandparents, Ernie and Sally Featherstone, lived at 11 Burnsall Avenue, Heysham with their son Jack (my dad) during the 40s and 50s. My maternal grandparents, Sid and Olive Wilson, and their daughters Mavis (my mum) and Norma lived at Cosy Nook Cottage, a few yards from Half Moon Bay in Old Heysham Village during the same period. My mum tells me that they didn't have a bathroom so when they wanted a bath they used to fill a tin bath in the kitchen. And when she was a baby her father used to go to the Bay to collect buckets of sea water to boil to bathe her in, as sea water was supposed to be good for babies.  My mum used to be a member of the local amateur dramatics who would put performances on at the Winter Gardens. My dad and his dad used to work at ICI near to Half Moon Bay. When my parents married they moved to a bungalow at 56 Rylstone Drive, where I was born in 1955 and then my sister was born in 1958. When my dad was at work mum would take my sister and I up to Strawberry Gardens shops, where we'd buy cakes from Faradays the Bakers, and maybe call into the nearby hairdressers where my mum worked. Then we'd walk around past the old pub and along to Half Moon Bay, going past the shop that sold Granny's nettle beer, and maybe have a home made ice cream from the little shop opposite. Then we'd go and meet my dad from work. I remember there was always a strange smell around the works and the docks! I remember we'd get the (green) bus into Morecambe, and go to Happy Mount Park. At one time there was a Guinness clock display in the park and I well remember the toucan.! I also remember the smell of Littlewoods store near the prom - lovely!
Our family church was St.Peters in Heysham village, where my parents were married and my sister and I were both christened, and we used to be involved with the Sunday School there. The vicar at the time was Mr.Gillespie, and his wife ran the Sunday School. I can remember taking part in a couple of children's church processions, I think one was Easter, and the other was the Harvest Festival procession - "We Plough the Fields and Scatter" at full blast! I have a couple of photos (sadly both including me dressed as a fairy!), one of which is a group of small children dressed up for a Christmas concert at the Sunday School. It was taken on the stage.
When I was about three I attended Gypswick Nursery School, although it seems to have disappeared from the annals, I can't find any trace of it anywhere. I don't know if anyone else has any memories of it? I left Gypswick when I was four to go to Sandylands school, and we moved down to Hutton Crescent in Morecambe to be nearer. My gran (Sally) was a dinner lady at the school, and I remember her once taking me to the Winter Gardens to see the school choir who I think were in a competition there. We sat in the back stalls with them while they were waiting their turn to go on. I was about four at the time and remember all the children who were in the choir, who were aged about eight or nine, walking from their seats down the aisle and up the steps to the stage - so I just followed them, to roars of laughter from the audience, while my gran was desperately searching around the stalls looking for me!
I can remember the very strong winds we used to get when we lived there, it used to rattle the roof tops, I was very scared of that, but somehow I remember all the days as being hot and sunny - magical days eh?! Sadly we moved to Yorkshire in 1961 and I haven't been back to Morecambe for years, but I still have some good memories to keep.

Tue Oct 10th 2017, at 6:59 pm
barbarahenry2015 commented:
Forgot to say When I was very small we lived in a bungalow near Westgate it was behind a factory and was call ed “ Sunny Dale “ or something similar . My Dad was a Bin Man for years and then he worked as an “ Offal Pant Attendant” where they made fertilizer from bones , He was a member of the Gordon Club and he died in 1971 aged 49 . Known as Sonny or Joe Smith. I seem to be familiar with your Dads name it’s awakened some memories . I wonder if he was the one who sent the posy of flowers to my dad with the words “ See Ya Pal “ . Perhaps not . God Bless you and yours .
Add your comment
Report abuse
Tue Oct 10th 2017, at 6:44 pm
barbarahenry2015 commented:
Hello Ann Featherstone ,My name was Barbara Smith and I used to live in Hutton Crescent in Morecambe ( sadly forgot the house number) but it was next but one to the cinder Snicket that came out on Woodhill Lane . We lived next door to Mr. & Mrs Dannit. I remember she had a daughter Susan and a son. He was ex Royal Air Force and a School Photographer. .She worked with me at one time in “ Henry’s Stores Lancaster. We moved to Hutton Crescent from 12, Claremont Rd, West End Morecambe in 1958when I was 13yrs. I attended St. Mary’s School Lord St. I left Morecambe to live with My Nana in the North East County Durham in 1961-62. My friend in Hutton Crescent was Madeleine Vaughan ( now Hackin) and last I heard she was living with her husband Keith in Twemlow Parade . I also New Deidre Who lived in Hutton Grove she went to St. Mary’s I think she lives in the Devon / Cornwall Area .. . ...I used to go to Half Moon Bay often and remember the strange pheunomanom of the Tide coming in about 5-30pm like a miniature sunami to fill the Bay next to the docks . I remember climbing the rocks to come out near Heysham Head ! I also remember the little open air stage at Half Moon Bay and talking and helping Sylvia Anderson when they were giving “ Pinkey and Perky “ concerts on the little out door stage . I was about 9 yrs then so it could be about 1954 ! They became Children’s TV favourits not Lon after . I remember the “ Mishiefe Nights of my early teens when just about every teen in Morecambe congregated in Heysham Village , just to say we had been! We used to stand in the paper shop doorway! I also remember Grannies Nettle Beer in an alley next to a pub , the ice cream shop ,St. Peters Church and the ancient grave holes up on the Cliffs after climbing those overgrown and ancient steps . We were always told that was whereSt. Patrick landed from Ireland . Don’t know if that’s a fairy story or not .I remember the Celtic Cross in the church yard near the entrance.I remember reading the Monument about the Tragic drowning of the girls from Poulton-le Fylde in the 1800’s that were washed up in the Heysham Village waters. and buried there. When my children were little I used to go to Morecambe often in the Summers haven’t been back since the early 1980’s . I remember my hard working days as a child when we had the boarding house in Claremont Rd- I used to come home on my schools inner hour by bus to help with the Visitors lunches and wash up .I had a paper round from being 13 and delivered paper’s up to Strawberry Gardens from 5-30 am !I used to go to St. Patrick’s Church our Priest was Father Turner . I remember Regents Park West End the piers and I to “ Trod the Boards About 1958 at the Musical Festival . We did a Mime of the “ Willow Pattern Plate Story . I was the Princess escaping from the wicked Father ,The other to parts were David Quin and Arthur Stewart ( he was from Heysham Village) he played the cruel father and David Quin was my suitor.i received a written notice in the “Visitor” as a ‘ very good mimer’, Never been able to find the article -tried everywhere .I wrote this because it seemed strange seeing “ Hutton Crescent” in writing while I was browsing looking for interest in Morecambe . I wonder if you ever read this as it seems a few years since your Post . Hope your life brought you all you wished for Barbara Henry was Smith .
Add your comment
Report abuse 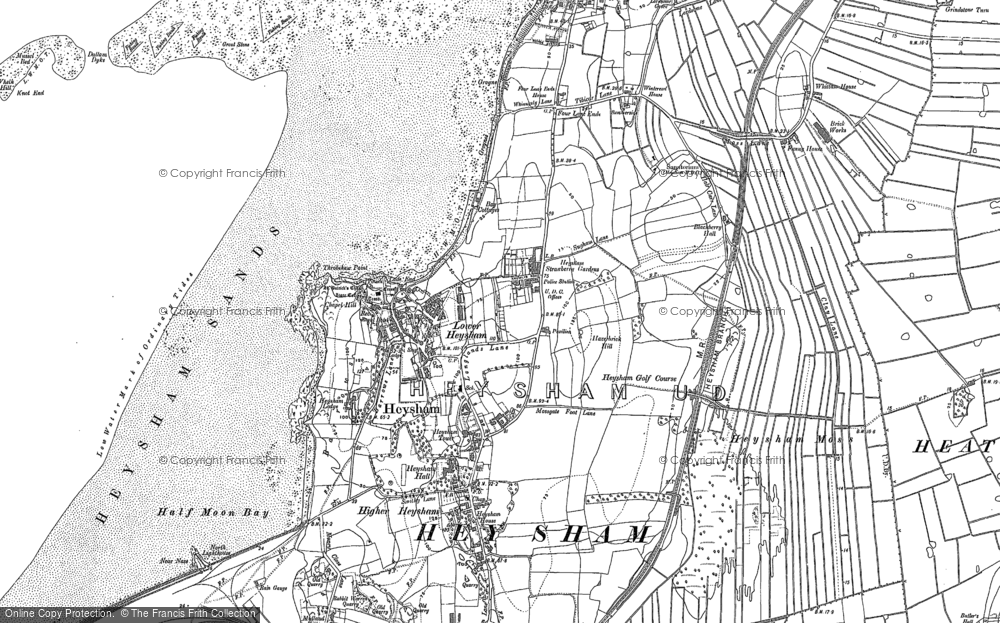