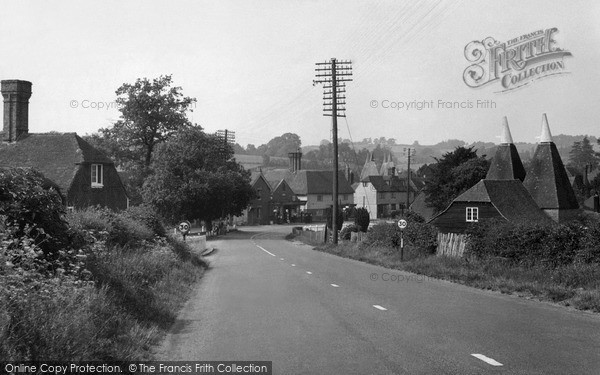 The white weatherboarded house was the farmhouse of the farm where my mother, Joyce Clark, worked along with another 3 girls in the Land Army during the Second World War.  It was called Cogger's Farm.  She was there whilst the Battle of Britain was fought overhead.  They grew hops, wheat, barley, oats and enough (...Read full memory)

My Mom Robina James lived in Baynards during the war with Auntie Connie.  She often mentioned Hastings during my growing up years. I have visited here but it's been a long time now. Mom died Dec 05. I'm confused because she went on to go to Horsham School with her friend who now lives in Kent - I'm confused as to exactly where (...Read full memory)