I started work on the coal motor when I was 15 yrs old. The wagon had 4 compartments and so carried 4 loads of coal. When the driver raised the back of the wagon I ran back with my hammer and knocked out the pin holding the back shut, and out poured the coal. The driver's name was Frank Heppel who during WWII had served on HMS Ajax or Achilies. The boss at the depot was a man with a bad leg called Milner. We delivered coal to the Isolation Hospital opposite the Wellfare ground, a fellow up there kept jackdaws and if you cut their tongues, you could teach them to talk. I think the man's name was Jimmy Davison. Further along was Blakes farm, the house door was never shut; hens, ducks, pigs and goats wandered in the front and eventually out the back. Meggy trained greyhounds and Davy sold the farm and had a good racehorse named after him. I only worked daylight hours on the coal wagon, so plenty of chances to meet the girls at home through the day or at Ma Petries at night. They were all ladies; Vera, Mavis, Dot, Norma, Iris and Pat. A couple of years later I was a member of the cricket team which won the NCB Knock-Out competition with the final played on the Wellfare ground. I remember myself, Boxer, Tommy Sewell and Vince Taylor got the Friday off work to play - I've still got my medal. New Years Eve 1957; Paddy Riley and I were not old enough to drink so we went up the silly steps to the George Inn to have a pint, cos no one would know us. We then went to the dance at the Kings, when we came out it was snowing heavy and Paddy slipped down on his bum in his best suit...happy days! Every pub had a piano and if you sang a song you got two pints, so every pub was fun cos men got up and sang for free beer all night. Bob Brown sang 'Cool Water' so many times he became known as 'Cool Waters'. Boxer sang 'Durham Light Infanty, great'. I hope I have jogged someones memory prompting them to write something that will bring back fond thoughts of a time long ago .

Tue Mar 24th 2015, at 8:22 pm
Derick Smith commented:
hi, my grandads father john edgar smith lived at No1 Lambton St langley park he married charlotte Bell 1935 and had a son born 1936 John bell Smith, John Edgar died in colliery accident 1947 langley park colliery all my relations are from langley park and surrounding areas did you no the family. The guy with a bad leg was joe smith he used to put the coal in at my aunt sallys farm finnings front st langley park Blakes farm. Derick Smith.
Add your comment
Report abuse
Mon Dec 15th 2014, at 7:14 pm
derekfosterdel commented:
...and more school friends: Arnold Brown, Norman (Pev) Wright and Stan Watson. I remember Pev Wright worked in one of the major stores in Chester-le-Street.
Add your comment
Report abuse
Mon Dec 15th 2014, at 7:10 pm
derekfosterdel commented:
Remember a guy at the coalyard with a bad leg. I started work at Langley co-op 1951. I left to join the RAF 1954 to 1959 and never lived in langley again. My school mates were Derrick Hinton, Alan Chapman, Alan Cartmell, John-Bell Smith ...anyone remember them?
Add your comment
Report abuse 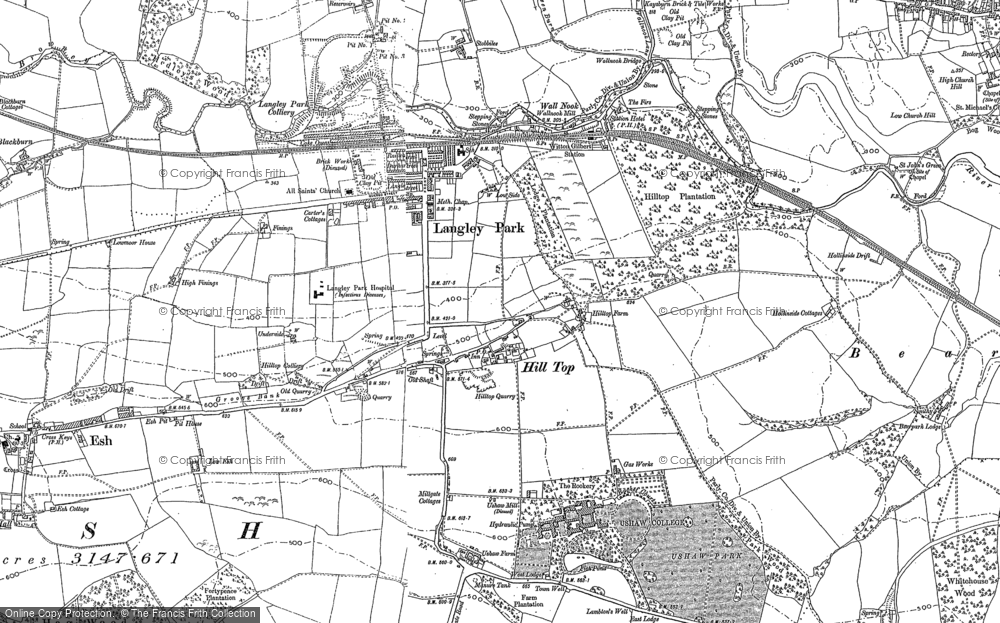