Leadgate Always In My Heart - a Memory of Leadgate.

I was born in 1964 in Richard Murray Hospital Consett and lived with my mum Margaret and grandmother Milly in St Ives Road, Leadgate. My grandmother Milly and grandfather Charlie Faragher had lived at 45 St Ives Road since they married, my grandfather was the St Ives Church Organist and he also installed the original central heating in the church. My father was Peter Hart from Durham Road, Leadgate and was in the army, unfortunately he was too young to qualify for a married quarter when I was born and so had to live in Germany on his own for a couple of years until he was 21 years old, hence I lived with my mum with my gran (grandad died Nov 64 6 weeks after I was born). Although I was young I remember Leadgate very, very well. I would go with Nana to Fosters the butchers on the corner who made fantastic sausages and blackpudding. At the Tinleys post office I was always given a small toffee lollipop and George Di Palma who was a friend of my mum's from her teenage years would be ready with an ice cream for me at his cafe. The small sweetshop used to sell lovely sherbet lemon lollipops and my mam would sometimes treat herself to 1/4 of Maids Rum and Butter Toffees. I remember going to a small boutique clothes shop run by a lady called Susan who let you get clothes and pay weekly, I remember the huge ledger book that she made the entries in. There was also the Commercial Club which my dad would go in when he was home on leave and later a fruit shop just before the bridge near the Coach and Horses where my other grandma, Kathleen Hart, used to work, weighing fruit and veg on what seemed at the the time to be giant weighing scales, everything then being put into brown paper bags rather than the nasty plastic bags of today. I have a very vivid memory of attending my first fireworks display held up the park with lots of stalls run by the two churches, I had my first hot dog that night and my first toffee apple, going home with a red balloon. My mum and me eventually went to live in Allendale Cottages which sadly no longer exist and then to Germany until 1980 with my dad. My heart still lives in Leadgate, so much so that even though I have travelled around all my life as a child as a member of the Womens Royal Army Corps I chose to marry at St Ives Church in 1985 (nearly 26 years later I am still happily married). Sadly I have since lost Mam and Nan but I am pleased to say that they are tucked up nice and safe with my grandad in St Ives Church Cemetary. 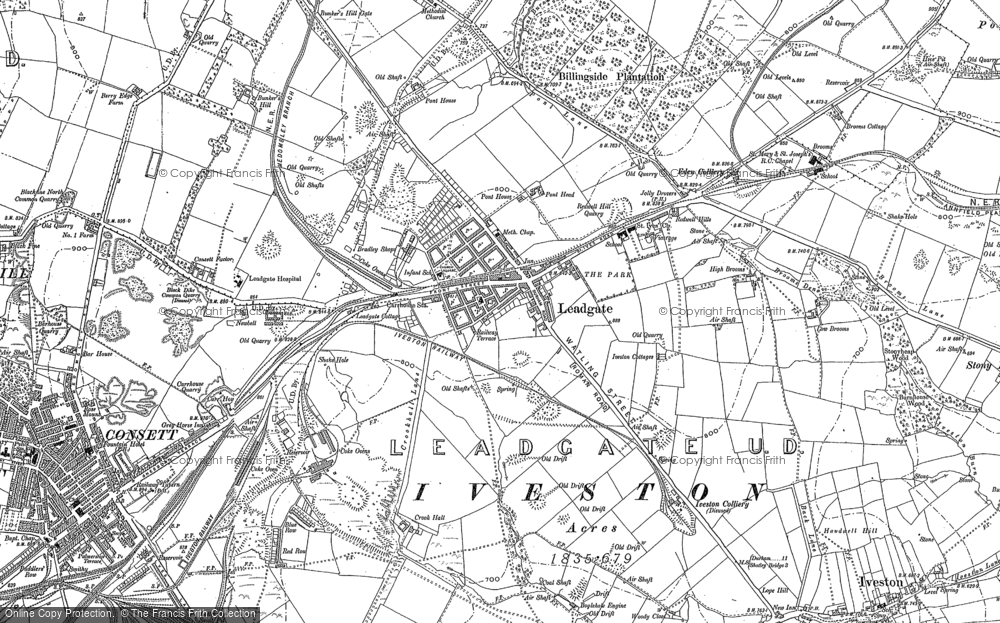