As I Remember It - a Memory of Lemington.

Lemington in the 1940s was a village that came under Newburn council, it was surrounded by fields. There were no houses to the west of Union Hall Road and Denton Avenue and none above Kirkston Avenue. There were three bars and two workingmens clubs. Scotties at the bottom of Union Hall Road, the Hairymans-The New Tyne Iron that was across the railway, you used an underpass to get there and then Sparkies-Lemington Hotel was on the corner of Northumberland Road, between them was the Comrades club. The Lemington club is on Algernon Road and Quarry. Above the club was Warkworth Street and some stables that belonged to the Stafford family. There were three fish and chip shops, Fernwood, Gladstone and Maud Streets. In Bells Close was the Catholic school and church and then Sugley Church of England, at Loraine Terrace was the old Methodist and at Unionhall and Eva Street beside the Orchard was the other Methodist church. The cinema, the Prince of Wales, was on Rokeby Street, it changed its name later. Above the CO-OP store was their hall which was used for gatherings and dances. Across from Sparkies bar was a farm and the old rail line that went down to the staiths below the glassworks, the rail sleepers were made of concrete not wood. The cricket club was down there as well. Old Whalebone park fields was in that area to, it was so called because it had a jaw bone of a whale stuck in the ground. There were two ways of getting to Lemington by tramcar, whose lines ran along past the Hairymans and Sparkies, there was no road there like now. The other way was the train and the station was at the bottom of Rokerby Street by the vicarage. Union Hall School was between Rokeby and Sugley Streets and was for all ages, kindergarten to when you left. At the top of Rokeby and Berwick was the Grammar School, above the school was the tennis courts and bowling green. A top of the hill called Nixon's Bank by the cemetery was Nixons farm on Hoggs Lane (Piggys Lonnen) and down the Lonnen was the Isolation Hospital. In West Denton there were only a few houses on the east side of the Westerhope Road. A prisoner of war camp was built across the street where the Peregrine bar was later built. 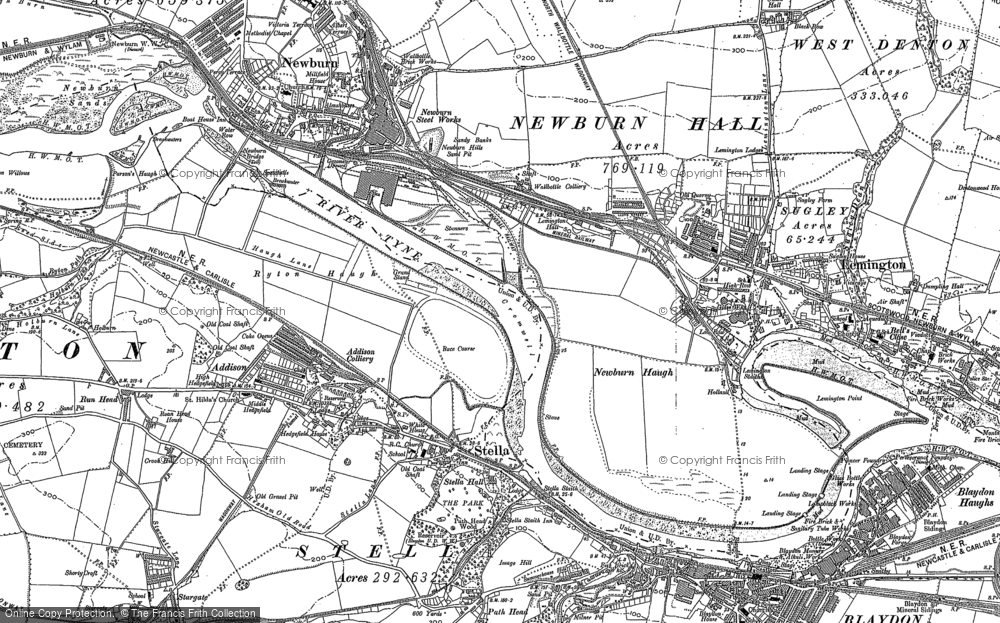