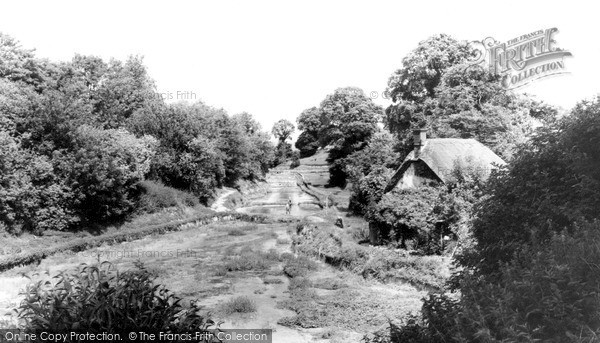 Buy "Letcombe Bassett, Watercress Beds And Arabella's Cottage c.1960" available as a print on its own along with framed and canvas options.

I was a farrier in Letcombe Bassett from 1964 till 1986. We had three grand national winners; Well To Do - 1972, Ben Nevis -1980 and Last Suspect in 1985. We all had a great time when the horses came back, the whole village turned out. We put bunting in the street and free drinks. In the (...Read full memory)

My grandfather, John Carstairs, moved to Whatcombe after partition in  Ireland. He had been Land Steward for Captain Cliff of Belle Vue, Wexford but was described on his death certificate (1931) as formerly electrician at racing stables. He lived at  Whatcombe Cottages. After his death, the family moved to Fawley. (...Read full memory)