One Sunday, I and my friend Olga decided that we would try to hitch a ride to Hunstanton.When we got on to the highway, we could not believe the number of cars that drove past us. We were about to turn back when this old Ford Anglia pulled up and asked us if we would like a lift.They were going to Hunstanton - a vey nice couple who talked all the time.
They said that they would be going back later, but we did not arrange to meet, as we hoped to catch up with Olga's friend who was also Hitching.
At about five o'clock in the afternoon having met her friends, we decided to make our way back to camp. The traffic on the highway was now worse than before, we were beginning to think that we might have a long night in front of us with a lot of walking. When out of the blue, there was the old Ford Anglia and the couple asking if we would like a lift back to Wisbech. In the end, they left us back in the camp in time for tea, such a nice couple.
Our friends, who were also Hitching, did not get back till late that night - very tired and hungry. I think we had been very lucky .We had enjoyed our day very much.
John 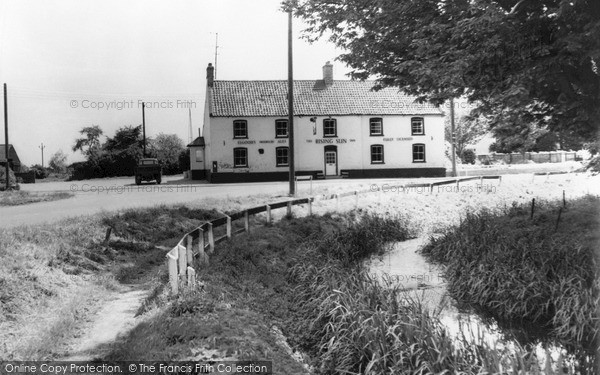