My Gran Grandad Uncles - a Memory of Lilley.

My grandad and grandma Sam Brown lived at 36 near the chapel, aunt Et and uncle? on the adjoining corner house. Until I was 5 we lived at Offley where I was born at the Wheelwrights during the 1990s. I was looking for this house which has been renamed, the lady living there kindly invited me in and I remembered some of the features of this house. We moved to The Flints about 1931 where my eldest sister was born and uncle Harry and aunt Olive? lived close by, their daughter's name was Betty. On Sundays we walked to Gran's over the Hoo, if my memory's right, I seem to remember there was also a windmill near The Flints. Also my uncle George and aunt? lived in council houses past the school and a pond on the right, cousin Gordon was one of their sons, other son and daughter I can't remember their names. Before the war we went to Gran's on holiday, we went over stile and across a field to the shop on the opposite side of the road near the school, opposite side of the house, I remember crossing the road that led to a farm through a steel fence to this great big tree that had a low branch that I and my brother had a great time swinging on. My uncle Jack and aunt Kit also lived at Lilley, he was the local butcher and my cousin Monica lives at the top end of the village, I believe her parents had The Red Lion at one time? Gran used to walk to The Lilley Arms with a jug with a net with beads on to get Grandad's pint of beer every dinner time which was amusing to us children. Contact is if of interest: jfg.brown@talktalk.net

Tue Jan 14th 2020, at 9:46 pm
janeen.may commented:
Hi I have recently moved into a cottage in West Street (used to be the butchers) and I would love to hear from anyone who can share memories or history of the Cottage.

I'm trying to discover more about our house at 24 East Street in Lilley. It's the thatched property called Bower Cottage. We know that at one time it used to be three cottages and that some time in the 70s it became a single house. We also read that a man called Nottage, who was a pig keeper and head coachman to the Rev. Havilland, used to live there. A chap called Bob Earl lived there too who could reputedly charm away warts! 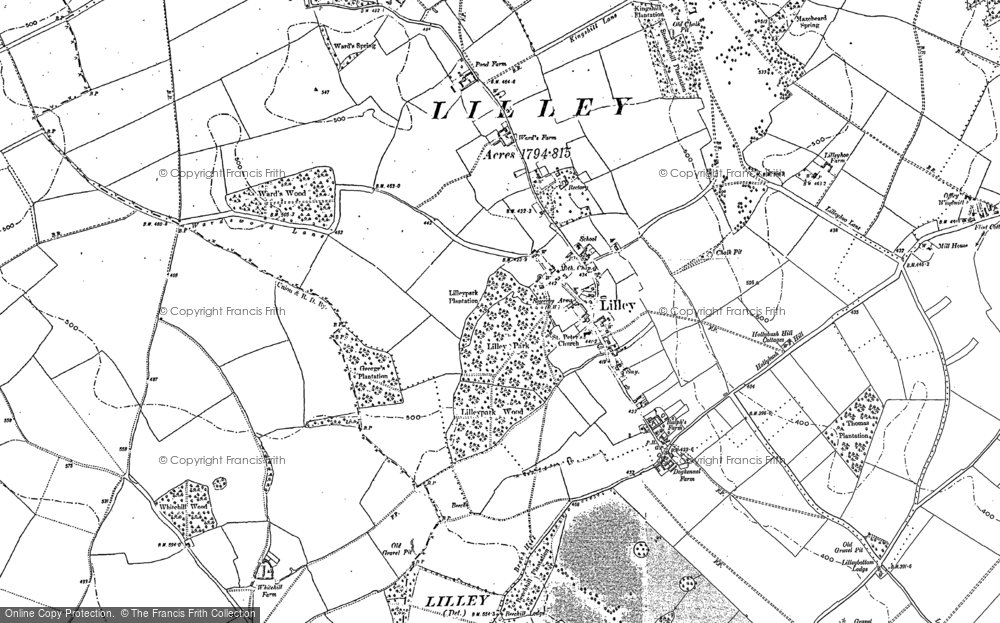