Joshua Joseph Johnson's 3 Daughters And The Buckland Family Of South London - a Memory of London.

My Great Grandmother had two brothers who lived in Newington or Walworth, South London. This would be the area between Camberwell and Kennington to the South and The Elephant and Castle and The Borough, Southwark to the North. They were born around 1843, and lived around that area till the after 1911. They married three of Joshua Joseph Johnson's daughters, Elizabeth, Mary Ann and Frances. William Buckland first married Elizabeth, and when she died, her younger widowed sister Frances became his housekeeper, and later became his 2nd wife. William's younger brother Frederick married the other sister Mary Ann Johnson. Mary Ann died within a few years, so Frederick married an Alethea Debenham as his 2nd wife. Obviously, in those days and that family, marrying relations was a good idea. It was preferable for the husband & children after the wife or mother's death, as they already new their Aunts. The brothers both were Bakers, so perhaps the Johnson family were really impressed by their bread? 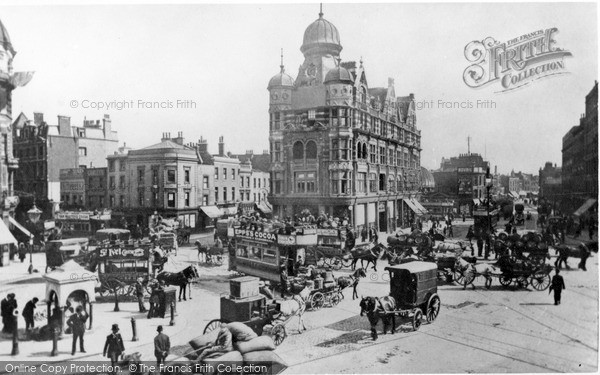