Mayfair Furrier - a Memory of London.

In 1961, I became an apprentice furrier to Brainin Bothers of New Bond Street. Brainin's owned a large store (I was told it was as big as Harrods) in Russia.They escaped the Communists and moved to Vienna, only to escape Hitler in 1938. Max and Leo were the brothers and Nat Saunders was the Master Furrier. Every monday we would fill a taxi with Squirrel, Ermine and Mink coats and stoles, and deliver them to Harrods fur department. We had to be careful as criminals were very active in Mayfair. The Jewellers under where we worked was "smash and grabbed" just before I left work at 5pm one night. Later in 1964 (photo) I became a fur pattern maker under Adolf Kroll at Herbert Duncan's in 57 South Moulton Street; our clients were Elizabeth Taylor and Ursula Andress, who I helped make the fur bikini's for "Casino Royale." I studied Fur design, pattern making, machining and cutting at the London College of Fashion four nights a week, after work.
Mayfair was fabulous at that time, rubbing shoulders with the rich and famous. We were given such small wages that employers gave us "Luncheon Vouchers"; I enjoyed Duck pie just behind Carnaby Street, saw the Beatles and Rolling Stones often.

Mon May 17th 2021, at 5:54 pm
Mark Mitchell commented:
Betty Mitchell (nee Ash) worked at Duncan's lining coats from 1947 until I was born in 1960 and then continued from home after that. She loved the atmosphere of Mayfair in the 1950's. I remember fabulously expensive Mink, Beaver, Ocelot, and Persian Lamb jackets around the house all beautifully lined in silk by Mum. Any memories of her very welcome.
Add your comment
Report abuse
Fri Sep 29th 2017, at 6:11 pm
geoffjring commented:
Nice to hear from you again Martin. I loved my time at Herbert Duncan. Yes I remember your tiny room near the nailing room. And I remember you introduced me to a cheap eating house down the road in Mayfair where it was possible to buy an excellent individual steak and kidney pudding lunch at a great price. Did you continue your pattern cutting profession in Oz mate ?
Add your comment
Report abuse
Sun May 28th 2017, at 4:25 am
Martin Newell commented:
Hi Geoff ,
I remember Bill and Tony as I had the tiny room near the nailing room in the basement.
I was the pattern cutter from 1965 to 1967 under Mr Kroll.That was when I emigrated to Melbourne,Australia
Add your comment
Report abuse
Wed Apr 5th 2017, at 12:47 pm
geoffjring commented:
Well what a surprise Martin. I too worked for Herbert Duncan Furriers along with you but as a fur cutter upstairs. Remember Bill and Tony used to nail the fur coats into shape whilst Mr Kroll huffed and puffed over his manakin trying his patterns for shape and appearance. In 1972 I left the trade to join the Metropolitan Police Force where I completed 30yrs service before retiring in 20002
Geoff Ringham.
Add your comment
Report abuse 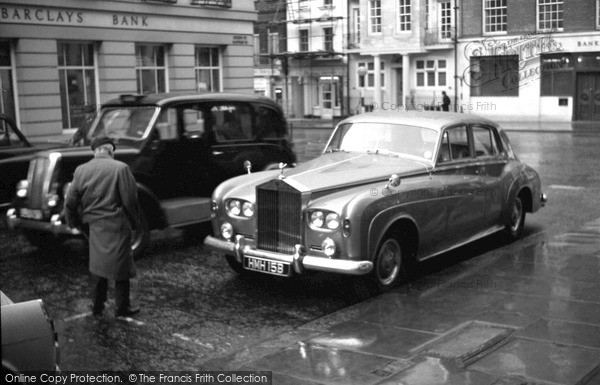