The Potato Harvest... Dawn Till Dusk. - a Memory of Manmoel.

With dawn breaking on a chilly early October morning we gathered at the bottom of King Street, we were going to spend the weekend picking " spuds" on Lou Issacs farm in Manmoel. There were three grades of pickers. The men....my father, Bernie Town, Bryn Pritchard and Phil Leonard. Then there were the adolescents...John Tovey, my brother Val, Billy Pritchard, Jimmy Pritchard, Ken Fry, and Wilfy Sayce. The young un's.. (under 10) were myself, Charley Morris, Nipper Harvey and Des Holloway. The prime objective of that intrepid team was to pick and bag "spuds" until your back screamed for mercy. The only relief we experienced was when the farmer's daughter came across the fields driving a milk float laden with hot tea, bread and cheese doorsteps followed by wedges of loaf cake. After a twenty minute respite we resumed our task until the onset of dusk....The hundreds(?) of sacks of potatoes were loaded on a trailer and with a load of passengers were hauled to the storage barn. After unloading the harvest we were bidden by the farmer's wife to clean up at the horse trough. With our face and hands sparkling from the cold water and rough sacking towels we were invited into the warm farmhouse kitchen. A veritable feast lay before us. A sizzling joint of beef surrounded by dishes of every conceiviable vegetable. It was food fit for kings.......I have actually written this story of our exploits in Manmoel during the middle years of World War Two. I named it 'I Could Eat A Horse. Not only do I portray the potato harvest and its rewards, both financial and physical. I recall our activities after leaving the farm. Whilst the men adjourned to the pub to spend some of their hard-earned wages, the adolescents and the kids chose sides to play Hares and Hounds. The hares were usually the older lads, and of course we could never find them in the dark fields that surrounded the village. It was pretty normal to catch up with the hares in the confines of one's own kitchen after they had dumped us to the terrors of an un-escorted walk down the dark and creepy Rhiw......But that story I have committed to paper for the benefit of future generations. ....Dave Williams. Costa Blanca. Spain. 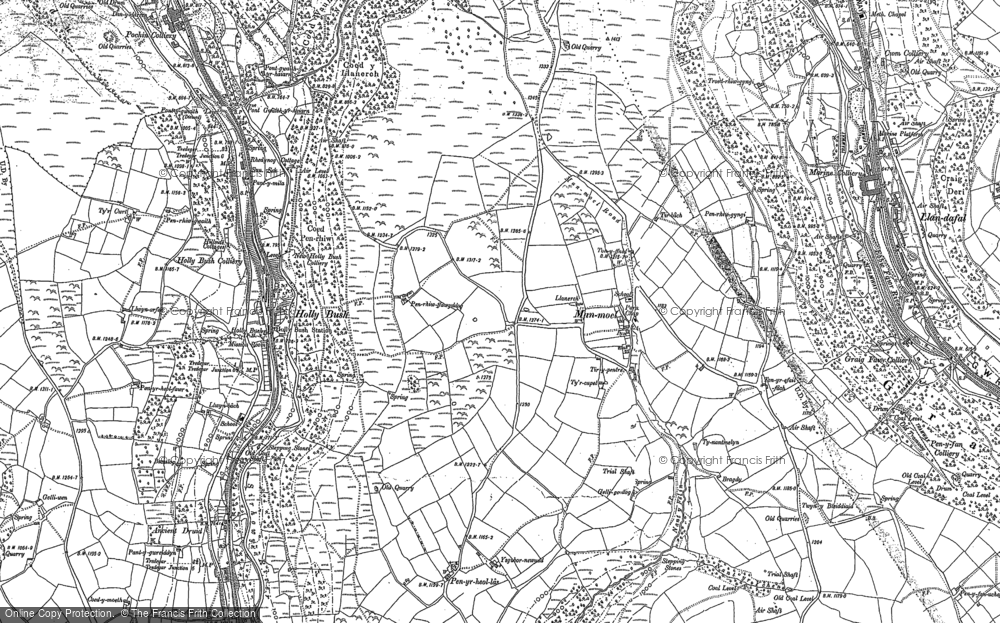