I was but a young lad of 13 when I were to stay in a small village called Oare with my brother-in-law and sister within a cottage of which was named the China Cottages. The cottages originally had ceilings as low as five feet high. They had been designed for some dwarf family but were to be bought outright by some people who were of a normal size. The floors were lowered by at least three feet deep to compensate for the height or should I say for drop of three foot. The front door and back door were not of a standard size but were smaller doors of just under five foot high. There were three steps which were inside the Cottage to compensate for the dropped floor, which was a stone floor. The bedrooms were to stay the same height of five feet where one had to stoop down whilst getting undressed for bed and if one would forget when one was to get out of bed in a hurry at night, one would get a sore head. My brother-in-law was only five feet tall and was of a slim build. George Angel, as he was called, worked for Sir Gordon Richards. He was the owner of a stud farm for race horses: Sir Gordon, although we never met, was a well loved man. Every year without fail he would dress up as Santa, and if my memory serves me well he'd go to some orphanage, not too far from the village, and have some horse pull a sled. Sir Gordon would ask the children individually on what they would like for Christmas. He was like a Genie of the lamp, anything a child would ask he'd get it for them. A child had her heart set on a massive doll on what she had seen, but the supermarkets did not have one in stock. He had one delivered from quite a distance away. Whilst I was there in Oare, George, being one of the head men, was given a chrome plated horse shoe. It was an aluminium horse shoe - the proper name for those shoes were called plates. Race horses wore plates for racing and they would then be thrown away. But this plate was off one horse that had won the Derby. I would not know the year, all I can say is, if I can spell the mare's name properly she was a filly called Pinzar or Pinzer or Pinzore. I was to have had this given to me; George had asked Sir Gordon where upon he gave it to me. Like an idiot as I was, I gave it away to some fairground showman. If I had kept it, I'm sure that it could have been auctioned off where I'd be almost stinking rich. It was authenticated as being the plate and also was then to be placed within a frame. Fifty odd years ago. Sir Gordon Richards will not be alive today but I'm sure that many will remember him today for his kindness to all those orphans. It was not a one off with him but he was to carry the same thing out for many years after. And, although on a different subject, my sister and George were to get deep into debt through stupid gambling. One day, not having money in her purse and no food for the baby, my sister was crying within the kitchen. Some Priest had passed by and heard her. To cut a story short, she was provided for with both food and clothing and furniture of which they'd sell to support their gambling. The Priest got them out of the mess they were in by replacing their furniture and then would you believe, provided them with a job and a house 500 miles away from Wiltshire to Yorkshire. The Round Table used a canvas topped ex Army lorry to transport their belongings, and also a car to drive them all that way. When they arrived In Royston, South Yorkshire, a man asked me to take him across to the shop. It was there that this man, not even speaking to the shopkeeper, he made a funny gesture with his hands. The shopkeeper acknowledged him straight away and asked him to have whatever he wanted in the line of food stuff, provided tobacco and alcohol were not included. No money was handed over or cheque-book. A simple flick of the finger, a secret sign that were easily recognised between the two parties. Which brings me to saying that the shop must have had a secret sign somewhere within the shop of which only members of the Round Table would know each other by. This man also was to place money into my sister's hand. An army lorry was petrol driven with a consumption of less than fifteen miles to the gallon. This venture must have cost the Round Table at least £500, even as far back as 50 years ago. I know that the Round Table do many things in the helping of people and that they are funded by people giving money to the charity, but there are secret men and women that do not even allow their own Round Table members to know in whom they are. My thoughts go out to those people who ask not to be identified; perhaps Sir Gordon Richards was one of them. If you have read this story and that it has touched your heart, I would love to hear any response. Here's to all who truly care. 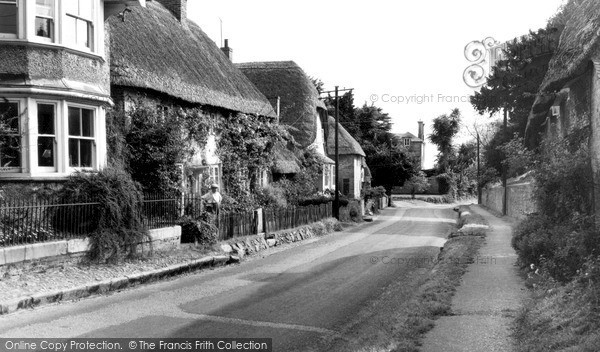