Living In New Mill As A Child. - a Memory of New Mill.

Behind the Implement Gate you can just see a large house that has now been demolished to make way for a not very pretty estate. The large house was owned by the Calverton family who were considered to be very 'posh', and were often seen riding their horses around the village, they had stables on land at the rear of the house, where the fields were farmed by the Mason family whos farm and house on Bulbourne Road are no more, although parts of the farm, where I worked after school, are still standing. Every year a van arrived in the village. This was known as the Elderflower Man. As the elder trees bloomed we would pick sacks of the 'flowers' to sell to the Elderflower Man who weighed it and gave you a few shillings as I remember. I believe the flower was used in medicines, but that's just a memory ! 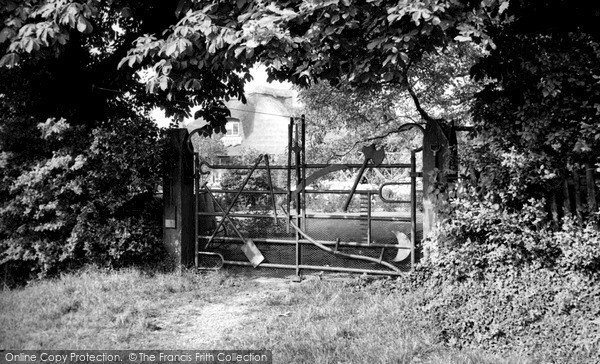