Rediffusion - a Memory of Newburn.

Rediffusion: about 1958 and onwards. This bombshell hit us like nought else, it meant no interference on our wireless. No more tuning in every ten minutes or so. It was A. B. C. D. E. F. You knew Radio Luxembourg was the station for pop, but it was hell to get on a normal set, we would sit with our hand on the knob and ear to the speaker resetting the dial. But with good old Rediffusion it was crisp and clear. And Sunday night was the night for the top twenty. If I remember right, it started about 7 o'clock. Another great programme to listen to was Workers Playtime - Wilfred Pickles was the host and 'give em the money Mable' was his co partner, they hosted these shows in factories up and down the country on a dinner break.Then we had Billy Cotton on a Sunday with his show Wakey! Wakey! which he used to shout at the top of his voice, Billy was a band master.
Then our telly came and was tuned into the magic switch on the window sill in the sitting room, cum dining room, cum laundry room, cum play room, it was the only room in the terraced flats you could get together as a family in front of the coal fire. These flats were two beds downstairs and three beds upstairs, pretty much the same as the Tyne-side flats nowadays but the nettie was in the yard. These flats had the biggest mice I've ever seen, my Grandad Heaney once give us some poison to get rid of one huge mouse in the kitchen/cum bathroom and I'm sure it was immune to the poison because it just got bigger and bigger I eventually caught it with a bit of bacon on a trap, heated over the stove, because this took the smell of humans away, so I was told - but it worked. I felt a bit sorry in the end when I flushed him down the nettie because our game was over.
Bah! Wasn't there some funny names pinned on people, it makes you wonder how they came about. We had, wait for it, this is a waxer, Lartie Broon, Eh! (Lartie and Nettie were names for the toilet) Lighter Bingham, Eckie Cowie (he was very tall and had large ears and hands that were the size of coal shovels), Hotcha Tasey, Flinky Bingham, Wee Wee Reid, Glider Martin, Tuesday Hutchinson from Lemington who used to come to Millfield with the most outlandish drapes and hair style - he was older than us and we would look up to him. I remember the song he used to sing at the top of his voice was 'Jezabelle'. (It was this lad's mother who was murdered down Piggies Lonnen, as I told you in another memory). There was Ken Dawson, nicknamed Shack because of his football skills and Alan his brother, nicknamed Mouw Dawson or Jesus. He was a character, six foot something with his long fair curly hair and always in a smart drape in the early years, but as he got older he opted out of married life and became a bit of a recluse, living in a make-shift tent down by the river in Haydon Bridge, rain, hail or snow, so I was told. The last time I saw Alan was in the Centurion at Throckley and he was going to a fair in Northumberland, I gave him a good hand out as he was on hard times then. Robert Blackburn has just sent me a message saying Alan took ill in Newburn Post office and died in hospital Thanks for that Rob.
I remember when Spade Adam the rocket site up the Military Road opened and many a lad from this area got jobs there, including Jesus. I was told they were pouring masses of concrete and the American company who were in charge couldn't believe it when they saw him in the thick of it in his bare feet. Then we had Big Dick Kearney from Throckley and Tommy Vartey from Newburn, who had the biggest forearms I had ever seen, and by, could he pack a punch, he beat all-comers that tried to better him. Big Dick tried and tried but Tommy was always too good for him.  I had the pleasure of working with Tommy at the Neolith in Newburn. He was a very nice man, and was the Union man there.
This is a little tale I was told years gone by, after the war almost every pit house had a garden where they kept a pig for their own meat consumption and they killed the pig when the time was right using a tattie (potato) and a hammer! They put the tattie on the floor and when the pig went to eat it they hit it with the hammer. They reckoned they could use the same tattie time and again, honest. 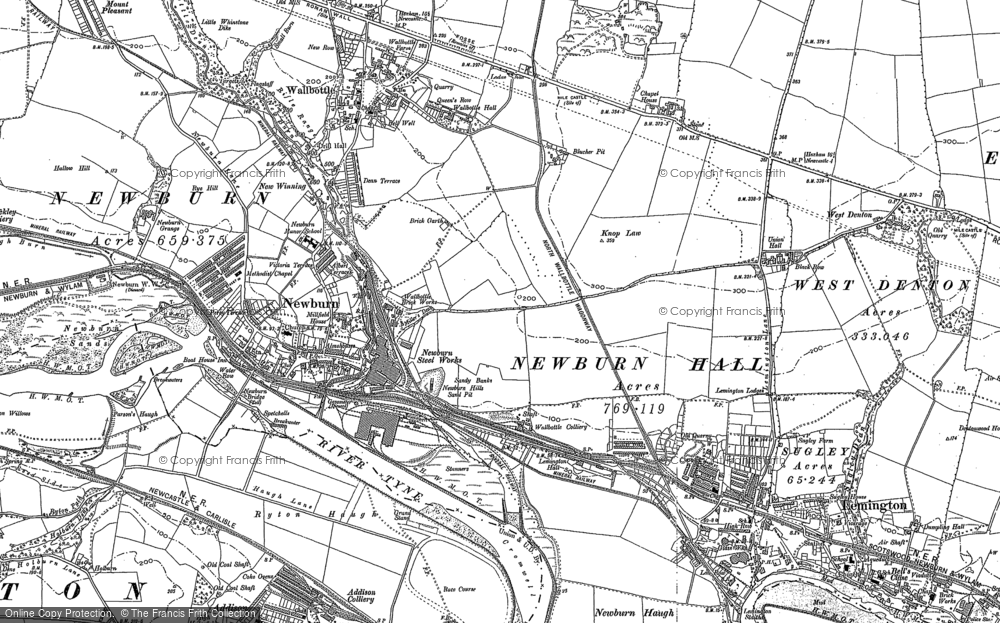