Beginning In Fenham Barracks - a Memory of Newcastle upon Tyne.

We arrived in Newcastle in September 1955, from Malay, (Malaysia) where we were housed in that fortification of red brick buildings: Fenham Barracks. After a couple of weeks I eventually became acclimatised to the cold and, upon venturing outdoors, found a wealth of new-found friends and every day thereafter was packed with simple fun!

One of our favourite games was duelling with the kids from Spital Tongues, which was just over the barrack wall. We would climb on top of this structure and taunt the local kids, who would then hurl stones and insults at us to which we would reciprocate in kind - only we came off better as we had the protection of our guardian:The Wall! The approach to bonfire night found us sneaking through the little back gate if the sentry wasn't on duty, to raid their bonfire stock in order to improve ours and in this the hapless Spital Tongues junior community were helpless.

A year or so after moving into the barracks I had my first crush! I was thirteen. The unfortunate recipient was a young Lance Corporal. I would write my love for him on the roadside and pavements in chalk and the poor soul would come along with bucket and broom and plenty of elbow grease and, though I feel sure he suspected I was the culprit, he never told me off! However, fickle creature that I was - was? - I soon discovered another source for my adulation when my best friend, Pat Colclough and I went to the Stoll cinema one afternoon to see 'To Hell and Back'. The pair of us fell for the baby-faced Audie Murphy. We would write billet-doux to ourselves pretending Audie had written them. One day Pat and I fell out because she "received" a more loving letter than I did! Oh the youth of then compared to now!

On Saturday we would get our pocket money and our first visit would be the sweet shop. There we would gaze at the numerous glass jars, filled with colourful shapes and different sizes and all very tantalising! My favourites were Dolly Mixtures, possibly because you got plenty, also coconut teacakes. These were round and flat and chewy and tasted off course of coconut.. Having got our sweets we would then catch a bus on Barrack Road bound for the Plaza cinema, to watch what was being shown for the matinee, often this would be a Western or Tarzan. One film in particular I recall featured Daniel Boone, played by Fess Parker. This man who wore a hat with a tail quickly replaced Audie Murphy in my affections! (Well now didn't I query my fickleness?)

One pastime we children of the Royal Northumberland Fusiliers has was to climb trees - the girls as well as the boys. We were like monkeys in our speed and efficiency at getting up! And down! One day, for experiment purpose, I took a quick puff at a cigarette while standing underneath one of 'our' trees. I don't remember where I got the smoke from, but I was jolted when a voice came from above: "I'm going to tell Mum on you!" It was my bother Stephen. He didn't tell and I imagine it suited him not to! That one foul-tasting puff determined I would never smoke and I haven't.

Unlike today's kids we were always playing outside and we never got bored. Several of us girls played skipping with one rope, One of us at a time would jump in and out of the rope on command, often doing some exercise or other while keeping the game in play. If you were caught out then it was your turn to join one end of the rope and turn it. None of us liked doing this as we preferred to show our skill over and under the rope and so tried very hard not to make a mistake and become 'Out!'
When we weren't skipping we played 'two balls,' where we would bounce two hand-size balls against a wall while reciting some song or rhyme. The balls had to be kept in motion without missing a beat. The more proficient among us would add a few tricks into the game while keeping both balls going simultaneously. Another favourite of mine was hop-scotch, in which some of the boys would join in. Among the evening games we had fun with - especially once it started to get dark - was 'knock-knock,' which we called 'Knocky- Nine-Doors': knocking on doors and running away. the sheer devilment of it! And another still was 'Jack Jack show your light.' This was a kind of hide and seek played in the autumn and winter months with torches. I don't think the idea was to particularly find those hiding because we all seemed to be hiding and seeking at the same time! The idea seemed to be to shout out the name of someone who was picked out by your torchlight. The whole things was the excitement of playing out in darkness. And being in that fortress we were very safe, although in those days we would have been safe almost anywhere I feel sure.

On wet days - there occasionally did seem to be those days - we would swap comics. My all-time favourite was The Girl but I also liked the Beano.

I well remember the small fair, the 'Hoppins' on the Leazers Moor, just a stone's throw from the barracks. Before the event arrived we kids would collect bottles, even asking the neighbours to contribute. Our collection would award us a few pennies and in those days a few pennies were worth the effort. If our cache was enough we would spend it at the fair or else back to the sweet shop we would go - either way we were happy!

It is lovely to take a wander backward down the tunnel of Time, to those halcyon days. A lovely quote of James Barrie seems appropriate here: God gave us memories so that we can have roses in December.

If there is anyone around who lived in Fenham Barracks at any time I would love to hear from you.

I would have replied sooner only for some reason I always have a problem with this website - have had to change my password again to be accepted.

I was excited when I had your response but unfortunately, for me anyway, I can't remember anything about the Walker family. We Fenham Barrack kids didn't mix with anyone outside the barracks, though not because we didn't want to but probably because there were plenty of us inside! When I saw the name Olive in your email I did think it was the same Olive who was in my class at the convent in Fenham, as she lived in or close to Sutton Dwellings, but then I remembered her name was Walls not Walker and then my disappointment came crashing down! I would so love to be in contact from someone from those days in Newcastle 1950s.

Where do you live today? I am in Nottigham, not by choice, and every September I try to make it back "home" for a few days and then, once I get back here I am depressed.

I hope I haven't disappointed you in not knowing any of your family. If I have then we both are in the same boat! 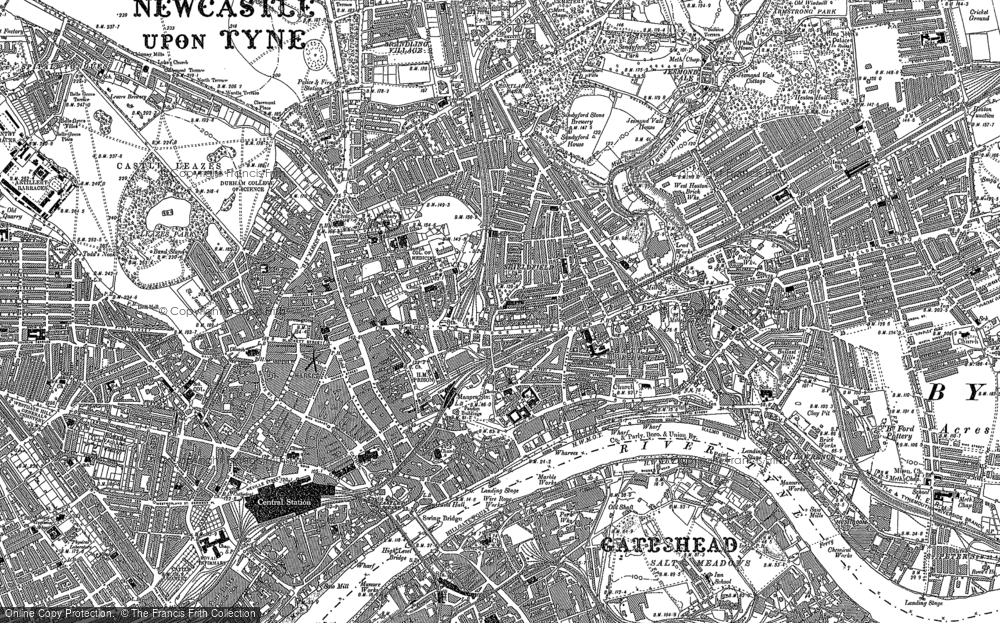