Nightingale Row - a Memory of Pontnewydd.

I was born at 7, Nightingale Row, in the box room which was originally shared by my mother Mavis Warren and her sister Glennis Byard as they were to become. The daughters of George and Martha (Dot) Edwards. The house was rented from a relative who lived in number 8, whose name was Bexley.

The two daughters married RAF service men. My father William (Bill) was a Londoner, who was stationed in Newport for training and he met my mother at a dance in Cwmbran. My aunty's Glennis's husband Arthur, was from an Upper Cwmbran family. His father being a postman and I believe at one time had a pub which wasn't anymore than an extension of their lounge. This was located next to The Upper Cock, Upper Cwmbran.

Shortly after I was born we moved to Number 2, Nightingale Row. This was identical to Number 7, with the exception of an outdoor step. The front and back of the 'Row' was surfaced by compressed dirt which developed water gullies if it rained heavily. The occupants of Number 20, which was at the top of the 'Row' had to tread their way warily avoiding the puddles and streams at the lower end. Number One, being located closest to the Monmouthshire and Brecon canal.

The houses in the 'Row', were small by today's standards with the front door opening into the living area. The major feature was a table that served multiple uses, to one side was the coal fired range that heated the house most days of the year and provided the major source of cooking. There was a pantry which had a sink with a cold water tap. The back door was reached via a small alcove where coats were kept. There was a small room to the left of the front door. This was loosely referred to as the front room, which acted as a storage area, best of all it had an old HMV record player with steel needles, a wiring handle and a plethora of wood worm holes. Upstairs comprised the main bedroom and a smaller room which the two daughters shared until they were in their twenties.

Whenever, there was a storm and threats of lightening and thunder my grandmother would always leave the front and back door open to allow the lightening to pass through without causing harm. If a stray bolt had occurred and passed through the house it would have demolished the wash house with it's old mangle. Similar to the toilet blocks in the front there were several wash houses, shared between families. These had a mangle, copper and a cold tap with basin. It's likely that families agreed specific washdays between themselves.

Nightingale 'Row' had long gardens, too long on certain occasions and standing at the bottom, a testament to the age, were several brick buildings comprising the toilets. A brook certainty didn't meander - more like fought it's way under the open cesspit toilets to reach the canal. The brook, in a game attempt to please, did produce water cress for the inhabitants. The morning would witness a steady flow of people carefully carrying enamel buckets containing the nights effluent down the garden path in the hope that the toilet door wasn't bolted by an earlier arrival.

My grandparents had a shed and a chicken coop in the garden where, occasionally and reluctantly, I went to check out if there were any eggs. The shed was storage for coal, paper and kindling wood, all needed to keep a fire lit throughout the year. The shed also provided (after the end of the second world war) home for a monkey. Jacko was brought back from the far East by a relative who clearly had second thoughts about his decision and somehow persuaded my grandparents to give it home. This wasn't the greatest decision they had made and it seemed at every opportunity Jacko, would attack anyone who presented it with a target. The monkey must have been incredibly resilient and managed to survive a further three years before calling it a day, much to my grandmother's relief who was Jacko's keeper. The name could well have been selected due to the original owner who I suspect was called Jack.

There was a bridge over the canal which provided the main access point to the world beyond for most of the inhabitants. The bridge comprised off a number of planks with sides of corrugated metal sheets. One could turn left to go to Pontnewydd or right towards Woodside Road where buses could be caught to Cwmbran and Newport. Prior to the building of Cwmbran town centre Newport was the major shopping centre for the area. Turning left a short way from the bridge is a circular basin between two locks. It was here, according to my mother, I nearly drowned having toppled over into the basin. My companion ran to tell my mother that I looked in a bit of trouble. My mother ran and fished me out. Continuing in the same direction to Pontnewydd was the remains of the lock keeper's cottage, I believe the name of the keeper was Benion. A little further on is The Top Bridge End, a Hancock pub. On a good day one could earn a few coppers by returning empty beer bottles, fished out of the canal or other hiding places.

My grandfather worked at Guest Keen and Nettlefold (GKN), they were located less than a mile away further down the canal bank. The site had been in existence since the nineteenth century and it was claimed that cannon balls were found in the slab heaps dated around the Crimea war. My grandmother used to say that she knew when my grandfather was at work when she could hear his hammer striking an anvil. In later life he was as deaf as a post and if he wanted some peace and quiet he would switch his hearing aid on with the accompanying whistling noise, stopping further conversation.

My first job was also at GKN, and for a while I used to go to my grandmother's for lunch. This was home fried chips in the dripping pan and whatever else was available. Irrespective, whatever the weather, it was a sweaty walk back to work having sat next to a roaring fire in my Bri-Nylon shirt. An early return marked a small detour to the betting shop. My grandmother was a keen horsewoman and liked her sixpenny bet.

The Row wasn't without it's occasional talking points. I remember a fight with Number 3, a man in his seventies and his next door neighbour, a younger man in his fifties. I had a grandstand view from the upstairs window. Shouts of "get a bucket of water", not to act as seconds but to pour over the participants. Exhaustion beat the contestants before any bucket arrived, however, the dread of being doused with one of those enamel buckets would have made most people retire. My grandmother's verdict that number 3 was a nasty old man and that Sid, the other participant being so much younger would have floored him. This didn't altogether tally with my view from the upstairs window.
Wednesday night was football pools night when my grandfather and I used to select our eight draws for the following Saturday matches. We both had our formula, mine was to pick the stronger away team, I can't recall my grandfather's approach but we both failed miserably.

During the war, my grandfather was in the Home Guards. My grandmother was rather scornful about their capabilities of being able to offer any resistance in the event of an invasion. Notwithstanding the views of my grandmother, it appears he took his role seriously and spent some time in readying himself for his duties. One evening, all spruced up in full regalia with rifle over his shoulder, he proceeded at regulations pace down the Row - with a line of wash that had been drying in the house attached to his army issue rifle. My grandmother, recognising that his outfit no longer met Home Guards regulations, shouted after him without receiving any response and decided to enjoy the moment and went back in doors. The event of that evening was never spoken about to my grandfather and tactfully he was allowed to return home with no-one in the living room allowing him time to unload the nights washing. It remained a mystery how long he did take to discover the addition to his regular equipment.

One of the highlights for the Row and wider community were the Saturday bus excursions offered by Western Welsh the local bus company. The popular trips were, Bedford Races and Livestock market, Western Super Mare and Cheddar Gorge. I believe tickets could be purchased from Ron Knight the green grocer in Chapel Street. This shop received a flying visit from my grandmother one day, as returning home on a bus, standing next to the driver with the door open she was thrown going down the steps of the bus through the open door way into the step. Shaken, but not hurt, it was clear after that event she would be destined for a very long life.


Sent from Yahoo Mail on Android 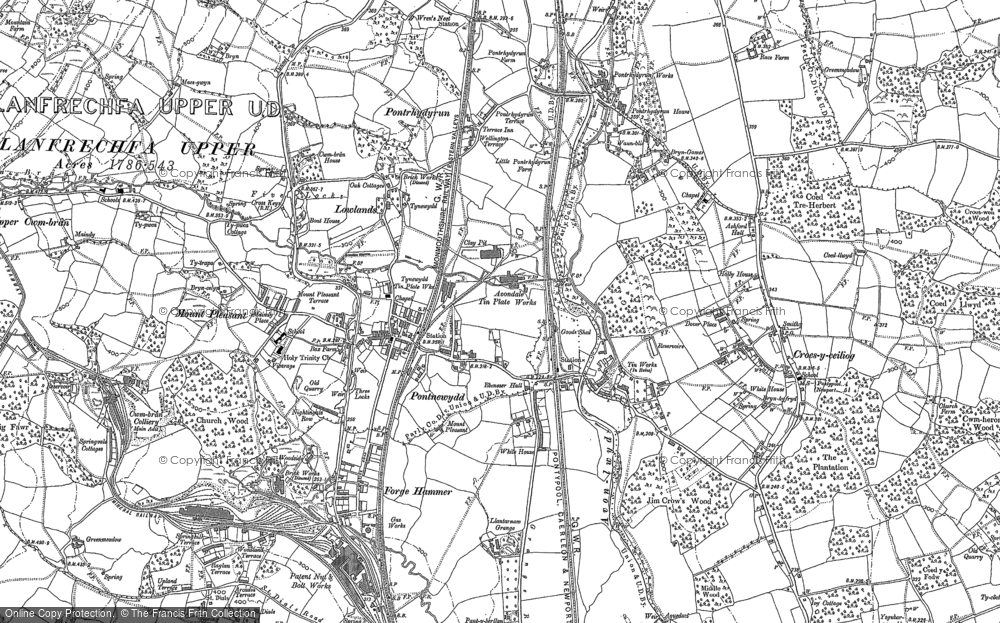