Holiday Memories - a Memory of Sheerness.

I remember going to Sheerness in the early 1960's. My grandparents lived in Chatham, my grandad working in the stores at Chatham dockyard. I used to stay with them for a week and they bought a weekly train ticket to travel the line between Chatham and Dover. We used to visit Margate, Broadstairs, Ramsgate and Sheerness. My grandparents lived at 40 Invicta Road Sheerness during WW2 and my dad would have been about 8 years old when war broke out. He remembers the German bombers flying up the Thames and the barrage balloons.

What I remember myself as a young boy was my grandparents taking me on a pleasure boat trip out to see the wreck of the SS Richard Montgomery on a very small vessel. My grandparents were friendly with the owner, a man named Ivor Dollimore (could be Dallimore) who lived in Alexandra Rd and his house backed on to my grandparents. These were good times and I looked forward to going to stay with my grandparents each summer.

My dad, who is now 88, still has fond memories of Sheerness where he was born and brought up. 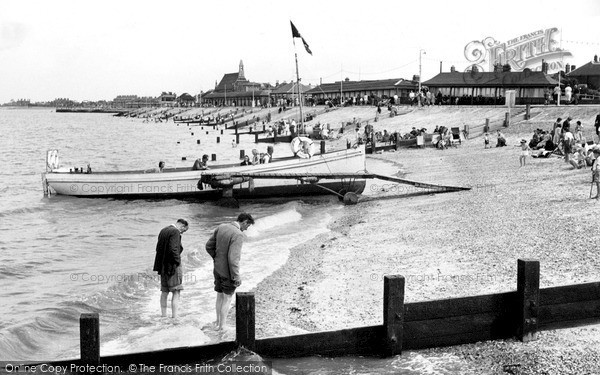