Shirley Park - a Memory of Shirley.

I spent many hours in the park, not just playing, but the Scout Hut was there too. It was a wooden building with gas mantle lighting and a coke stove for the winter. In the summer the windows, which had metal bolted shutters over them were opened to let natural light in. During the winter, you would arrive and it was like being in a freezer until the coke stove warmed the place up. We had a lot of fun there. Eventually, vandals burned it down and a number of years later at brick building was built behind shops on Stratford Road.

One of our classmates was killed in the park, he climbed a tree behind a factory on Stratford Road and fell onto the wall that surrounded the park at that end. Regrettably, I can't recall his name.

There was a very tall slide in the play area and we used to take wax bread wrappers, sit on them and slide down a few times. It somehow polished the metal, (well it would, friction, heat and wax), and after that everyone would fly off the end of the slide.

Sat Oct 8th 2016, at 10:58 pm
sally.smithson commented:
I well remember that high slide and burning the backs of my legs in the summer when the metal heated up.
My friends and I used to play in Jacey Woods at the top of Olton Road and collect conckers and blackberries until it was too dark to see what we were doing.
Does anyone have photos of the Red Lion pub on Stratford Road before it was demonished and rebuilt in 1965. I am particularly interested in any photos shopping the entrance in as we have the original front door.
Sally (Bullen as was)
Add your comment
Report abuse 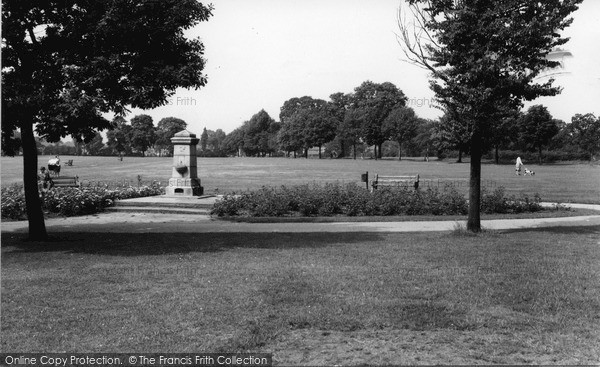