My granddad, Arthur Walker, was a miner at South Kirkby colliery until his retirement around 1960; and my dad, Richard Edwin Walker, known as Ted to his mates, was a blacksmith.
Dad started at the colliery when he left school aged 14, in 1936, as a blacksmith's striker, eventually becoming a blacksmith himself. I visited the colliery many times with my dad, and I remember the noises of the colliery: the shunting engines and their whistles; the sounds from the smiths' sheds; watching the huge pit-head winding wheels as the cages took the miners far below, or up again after their shift; and also the huge spoil buckets moving along in line to tip their contents on the 'muck stacks', which eventually were grassed over after the demise of the pit.
What I really liked to see, though, were the forges and their glowing coals; hearing the roar of the bellows blowing air into the forges, and the hammers striking red-hot metal on the anvils - and no-one wore goggles or ear defenders, the only protection, as I remember, was perhaps a leather apron - health and safety seemed non-existant then.
Once I was asked by one of the other blacksmiths: "Would tha like a sandwich, young-un, wi' us?", which I accepted. It turned out to be an egg and bacon sandwich cooked on a shovel on the coals of the forge. But did it taste good!
I left school in 1966 and joined the Royal Air Force - I didn't follow Dad or Granddad into the colliery - and it was many years later that I eventually returned to the colliery only to find it gone: the hive of activity was no more, no more shunting engines, whistles or forges and striking hammers, the industry that had fed the village was gone, and Kirkby had begun to decline.
My parents have gone now, but I still have family in Kirkby, and the village itself has recovered. After leaving the RAF I didn't return but retrained and found work in Somerset, where I still live today. I visit Kirkby every so often to see family and friends; and even though I may live in Somerset I am still a Yorkshireman at heart, and proudly tell everyone that my dad was a colliery blacksmith - a dying profession in modern Britain.

Thu Aug 6th 2015, at 11:34 am
johninich commented:
I remember not only the colliery but You and your grandparents Roy. I lived only a few doors away from them in Burns Avenue. They were lovely people. 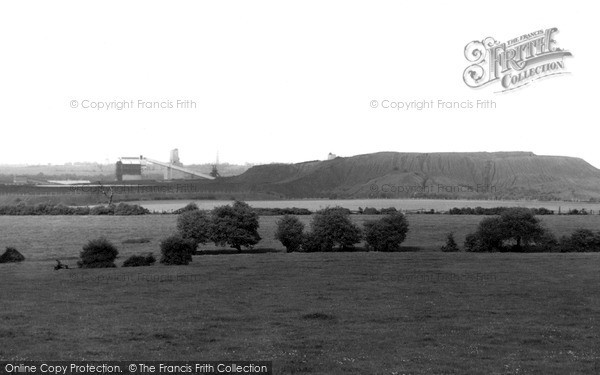